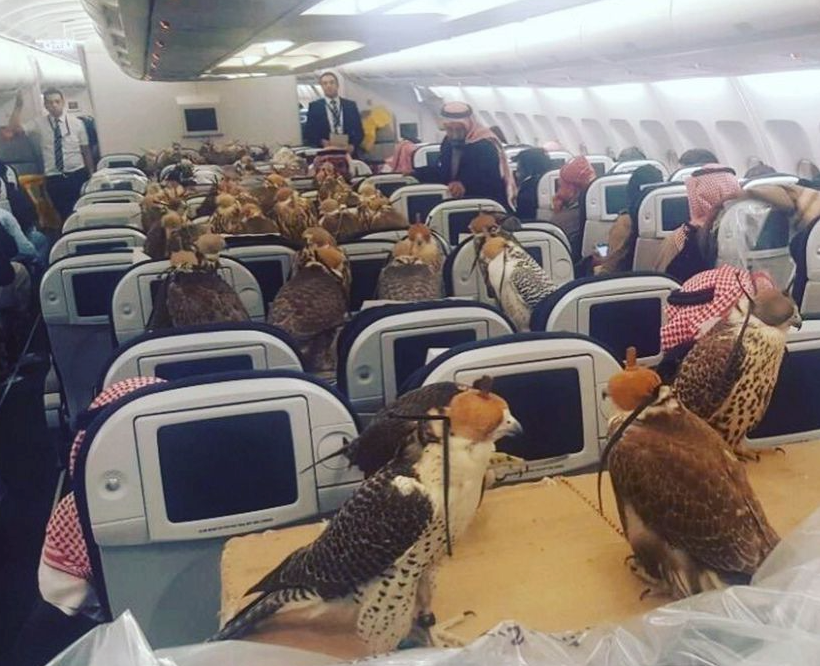 One of the most popular photos on Reddit this week was this picture of 80 falcons on board a commercial flight.

Falcons are commonly seen on commercial flights in the Middle East. Young men, especially in the United Arab Emirates, train and hunt with falcons as a rite of passage. The sport, called falconry, is so popular that individual birds can sometimes fetch tens of thousands of dollars.

As one commenter named lolalollipopp explained on Reddit, the sheer number of birds in this photo indicates that they are all likely on their way to participate in a hunting meet.