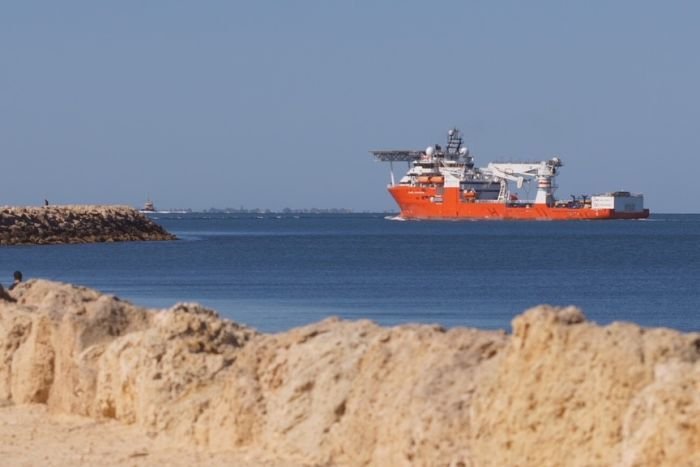 The search for MH370 by Seabed Constructor appears to be still underway, even though the official search ended this week.

ABC Australia reports that several scientists and aviation buffs that have been following the Seabed Constructor’s search on twitter have noticed that the vessel has moved to a new location and have re-deployed it’s undersea drones. The area is around 5 degrees South, 101 degrees East and was searched by Chinese navy ship Haixun 01 in early April 2014. The Haixun 01 detected two separate pulse signals at the same frequency sent by aircraft black boxes. Other objects were found floating on the ocean about 90km away from the Haixun 01.

#MH370 My night time update. After my last update Seabed Constructor continued up arc and deployed again, about 20 NM north of the Haixon area and then headed south. Perhaps the press will finally figure out that Ocean Infinity isn’t ready to stop yet. pic.twitter.com/qr97uKRELw

#MH370 My night time update. Seabed Constructor has been moving north again and probably deploying, however, I’m not sure because she is inside the +22 NM arc and this is a little odd. None the less, they are making amazing progress pic.twitter.com/bS3yp0vkvo

Seabed Constructor activities from 05GMT 1/6 to 16GMT 2/6. 3 AUVs launched (shown in purple) in that period. No launches in last 13h, 5 AUVs now in operation (from a maximum of 7). As always, AUV positions my estimates based on ship’s movements pic.twitter.com/mEj9fh3imH

#MH370 My morning update. Seabed Constructor moved further north and deployed a couple AUVs meaning they are not going anywhere anytime soon. The northernmost AUV was deployed about 42 NM up arc from the Haixon site. Current position is 25° 27′ 37″ S 102° 03′ 27″ E pic.twitter.com/zUeQznkRiY

As the official search ended Tuesday, Ocean Infinity, operator of the Seabed Constructor, would no longer be bound by the agreement with the Malaysian government. Ocean Infinity confirmed to ABC News that they were using the last few days to close off as much of the northern side of the search as possible.