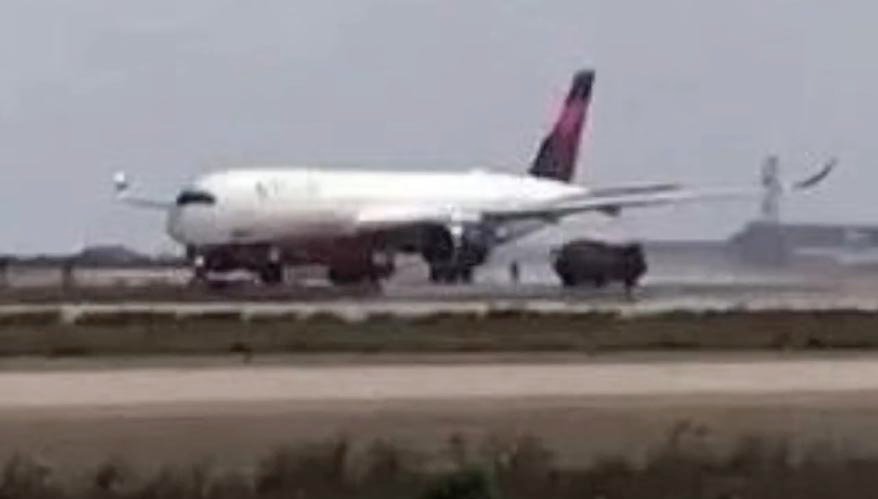 Delta pilots avoided what could otherwise have been a catastrophic incident when they aborted takeoff after spotting a Japan Airlines aircraft entering the runway at the Pudong International Airport in Shanghai.

Delta flight #DL582, an Airbus 350, scheduled to fly from Shanghai to Detroit, was forced to abort takeoff around noon due to Japan Airlines Boeing 787-9 crossing the end of runway.

After landing on runway 34R, the JAL flight #JL873 from Tokyo Narita turned left to vacate the runway but crossed end of runway 34L during the Delta flight takeoff.

The Airbus A350-900 (reg. N501DN) had to reject takeoff at high speed. Fire services had to cool the hot brakes before the aircraft was able to taxi again. The tires of the jet were later replaced.

An industry insider, who claimed anonymity, said the air traffic controller had ordered the Japan Airlines’ aircraft to wait at the R6 taxiway.

The flight, scheduled to take off at 11:40am, was later canceled. A Delta customer service staff said the flight had been rescheduled for today. Passengers were told they could take alternate flights or travel today.

The civil aviation authorities are investigating the incident, and no official statement has been released.

The flight crew asked to run across the 34L runway, but the controller failed to stop them on time. The sharp-eyed Delta pilot saw the incursion and aborted the takeoff.