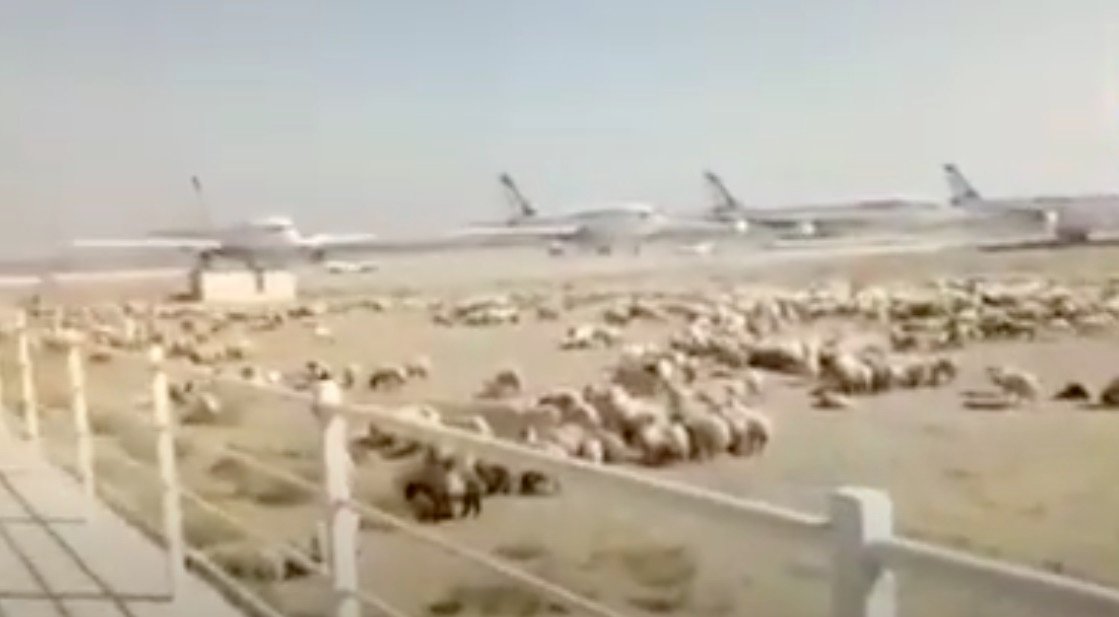 An IranAir flight from Turkey has had to make an emergency landing releasing the sheeps around the runway.

A Boeing 747-200 (reg. EP-ICD) cargo plane carrying live sheep has made an emergency landing in Iran after experiencing technical difficulties.

The Iran Air flight was en route from Turkey to one of the Persian Gulf countries when it experienced an engine problem and was forced to land at Imam Khomeini International Airport near the capital, Tehran.

Iranian experts repaired the engine in three days despite the problems Iran is facing due to the US sanctions.

The faulty engine was taken to the engineering and repair unit of Tehran’s Mehrabad Airport and transferred back to Imam Khomeini airport after undergoing repair.