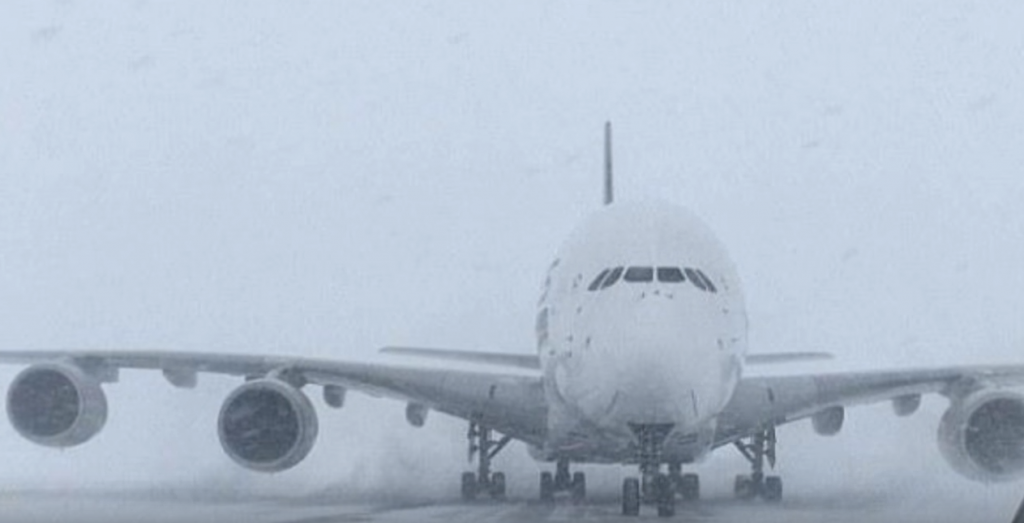 A massive winter storm forced an Airbus A380, the world’s largest passenger jet, to divert to a small New York airport around 1 p.m. ET on Thursday after heavy winds and whiteout conditions closed runways at its intended destination: John F. Kennedy International Airport.

The 325 passengers aboard Singapore Airlines Flight #SQ26 from Frankfurt, Germany, found themselves on a snowy runway for more than three hours at humble Newburgh Stewart International Airport, about 80 miles north of JFK. 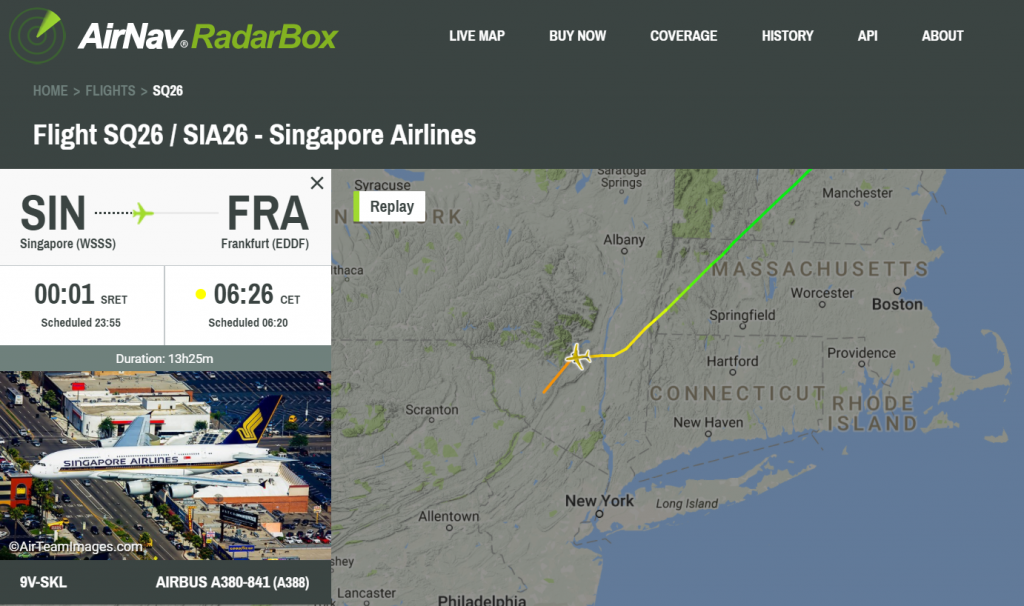 The airport’s 11,800 foot runway can easily accommodate the large plane, and the airport even bills itself as an “efficient diversion airport” because the runway is so long.

But the airport’s gates aren’t high enough to reach the plane’s doors. Stairs were brought to the aircraft and passengers exited the plane into the outdoors.