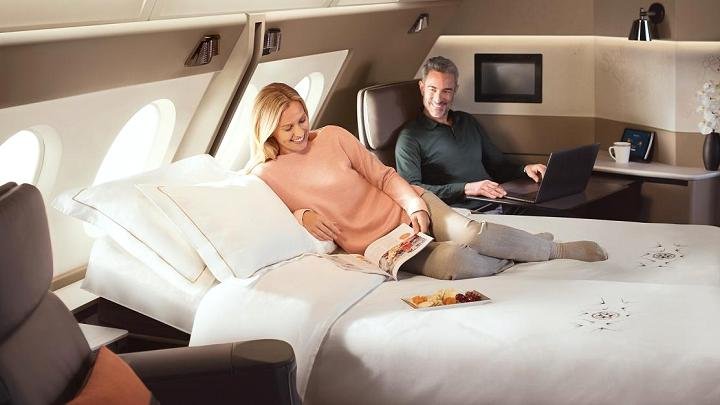 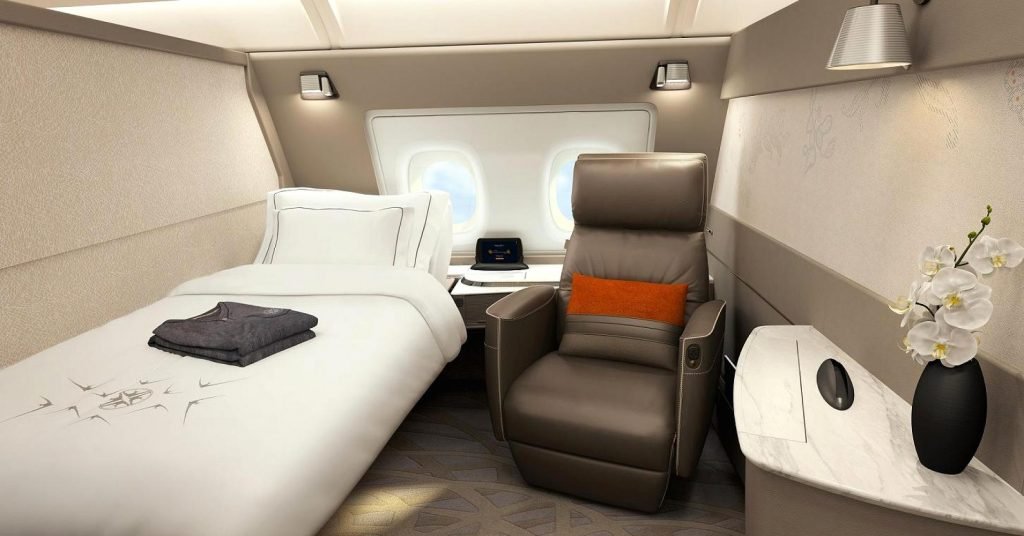 Singapore Airlines on Thursday unveiled new seats for its Airbus A380, its first major cabin overhaul in a decade.

The highlight, however, was the new first class: six suites, down from 12, which were redesigned to feature beds that sit perpendicular to the windows and a wall that can come down to join, should you want to, say, relax with a travel companion.

Think of it as a hotel at 35,000 feet. Singapore Airlines unveiled suites “for a distinguished few” with two pillows, a cotton duvet for a bed that measures 76 inches by 27 inches. The beds in the first two suites of each aisle can be joined so two members of the 1 percent can sleep side by side, forming a full bed.

They will also receive slippers, eyeshades and socks. The suites sit on the upper deck of the jumbo jet. 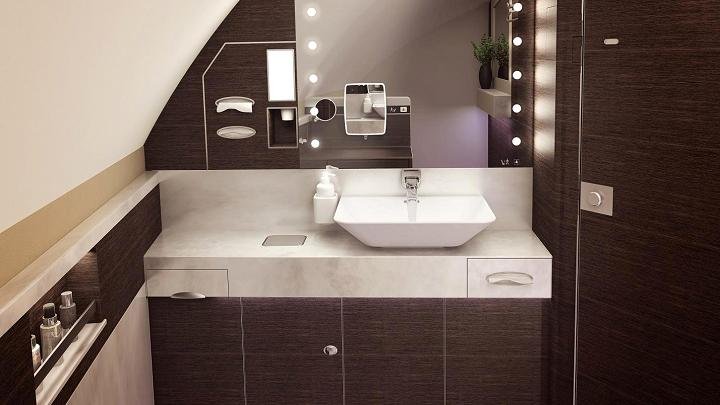 It’s the airplane ratio that dreams are made of: Two lavatories for six passengers. Don’t expect much of a line.