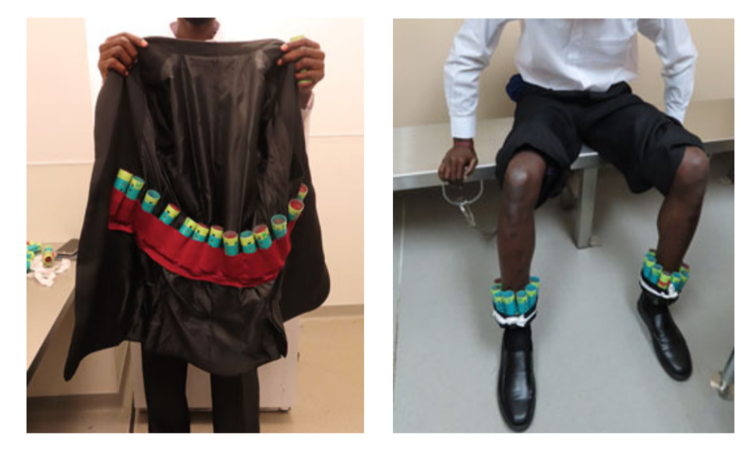 A man was arrested at New York’s John F Kennedy Airport last week after customs agents found he was trying to smuggle 35 live finches into the US.

Federal prosecutors said the man, Kevin Andre McKenzie, stuffed the tiny birds inside hair curlers hidden under his jacket and ankles in a special cylindrical container.

The 36-years told investigators he was offered $3,000 per bird to transport them into the United States. He says he received $500 before the flight and was set to get another $2,500 after the delivery was made. McKenzie was later released on a $25,000 bond.

He arrived on a JetBlue flight J61966 from Georgetown, the capital of Guyana. He was trying to smuggle the bird so that those birds could be used in singing contests.

In a statement, US Fish and Wildlife Service special agent Kathryn McCabe said:

“In such contests, often conducted in public areas like parks, two finches sing, and a judge selects the bird determined to have the best voice.

“Many who attend the singing contests wager on the birds. A finch who wins these competitions becomes valuable and can sell for more than $10,000.”