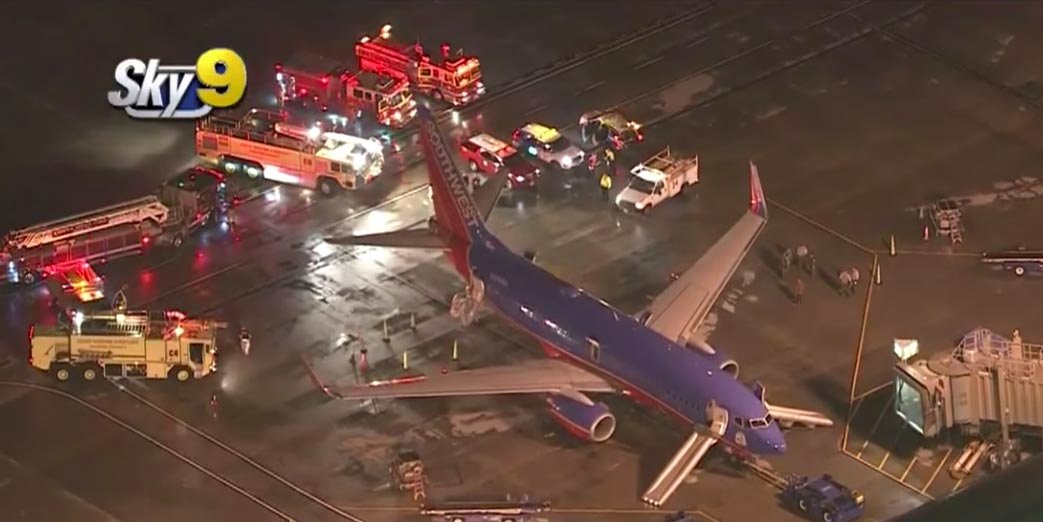 Passengers and crew members aboard a Southwest Airlines jet at John Wayne Airport were ordered to evacuate after smoke was detected in the cabin Monday, leading to minor injuries.

The airline said flight #WN2123 was pushing back from the gate when the ground crew observed a possible fire near the rear exterior of the aircraft.

All 139 passengers and five crew members were ordered to evacuate on emergency slides deployed at the front of the plane after a crew member detected smoke.

The fire was in the aircraft’s auxiliary power unit, a small jet engine in the rear of the plane used to make electricity and to help start the main engines.

An airport spokesperson said some people were injured while evacuating but none of those injuries were serious.