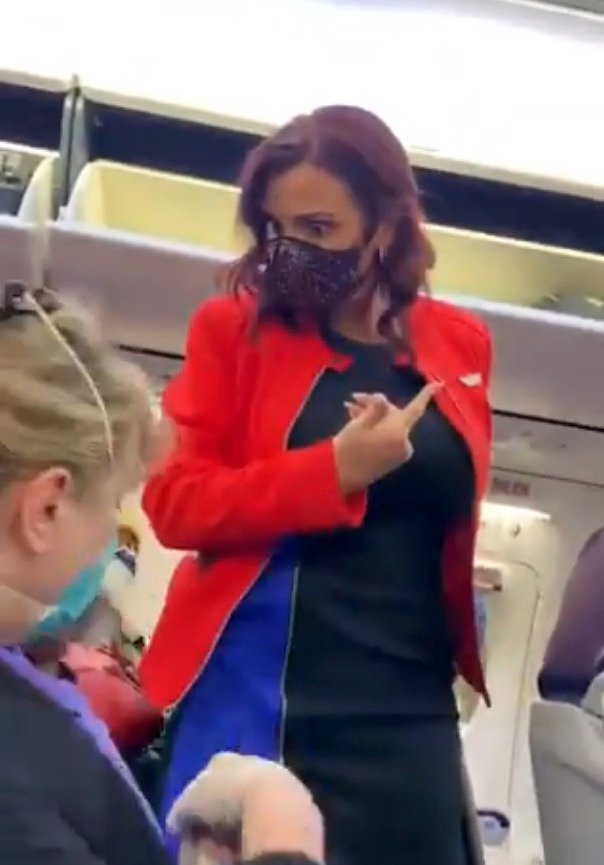 A female passenger on a Southwest Airlines flight who was being asked to deplane and seemingly harbored some objection to leaving the aircraft at the end of her flight.

During the pandemic, airlines have adopted row-by-row boarding and deplaning protocols to minimize the number of people that customers must pass by on the way to/from their seats and prevent crowding in the cabin aisle. When it was this lady’s turn, she appears to stubbornly remain seated while a flight attendant encourages her to get up and leave.

“Are you going to get off the aircraft, or are you going to sit there and scream?” the crew member can be heard saying at the start of the video (which comes to you courtesy of C Boarding Group). I’d say this implies that some untold shenanigans had already taken place before the amateur videographer started filming.

A fellow female passenger, waiting to deplane just behind the obstinate woman (whom the internet has dubbed a “Karen”), then says “I’ve gotta pee, I’ve gotta get off of here.” When “Karen” proves unresponsive, the other woman moves to walk past her to get off the plane, which triggers a bizarre response. The uncooperative woman, still seated, begins screaming at top volume, as if she’s being attacked, sticking her arm out as if to hold back the other passenger.