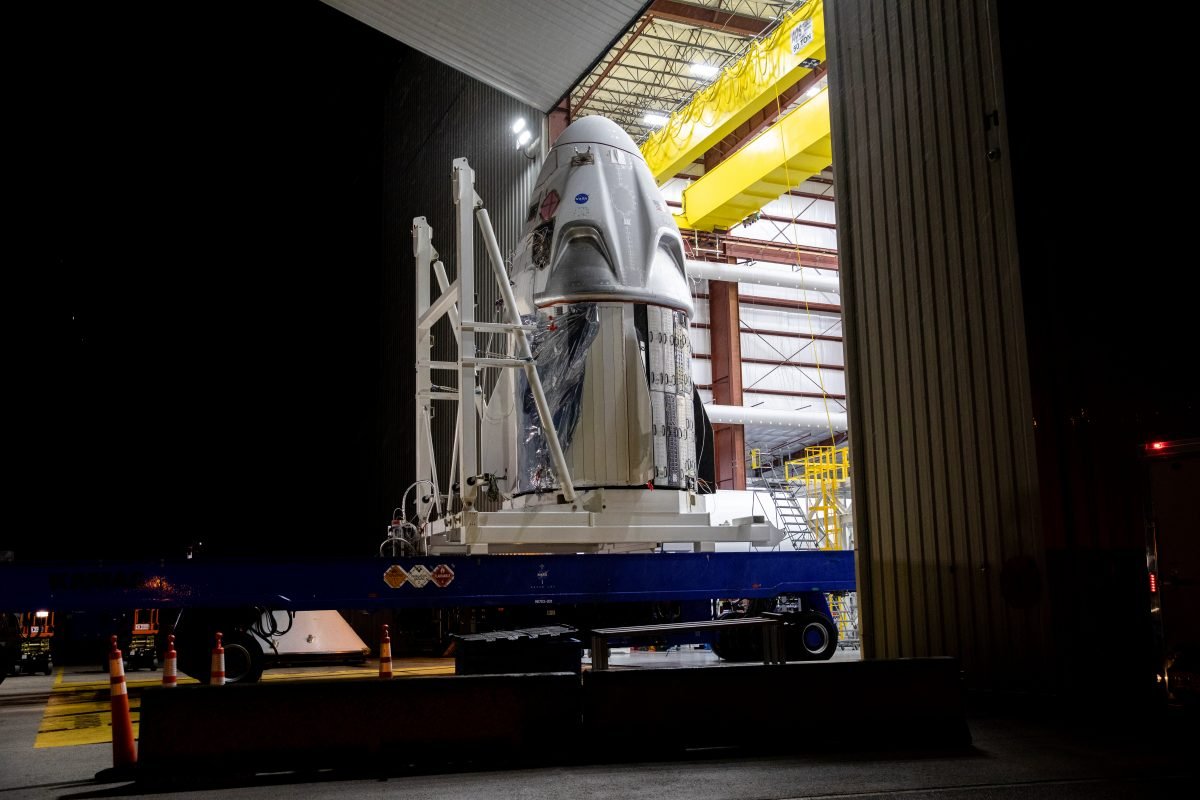 Late Friday night, May 15, the company’s Crew Dragon spacecraft arrived at Launch Complex 39A after making the trek from its processing facility at nearby Cape Canaveral Air Force Station.

On the Demo-2 flight test, NASA astronauts Robert Behnken and Douglas Hurley will fly to the International Space Station aboard a SpaceX Crew Dragon spacecraft launched by a Falcon 9 rocket. Liftoff from Kennedy’s Launch Complex 39A is scheduled for Wednesday, May 27, at 4:33 p.m. EDT.

Demo-2 will serve as an end-to-end flight test to validate the SpaceX crew transportation system, and is the final flight test for the system to be certified for regular crew flights to the station as part of NASA’s Commercial Crew Program.

This will be the first launch of American astronauts on an American rocket from American soil to the International Space Station since the final flight of the space shuttle in 2011.