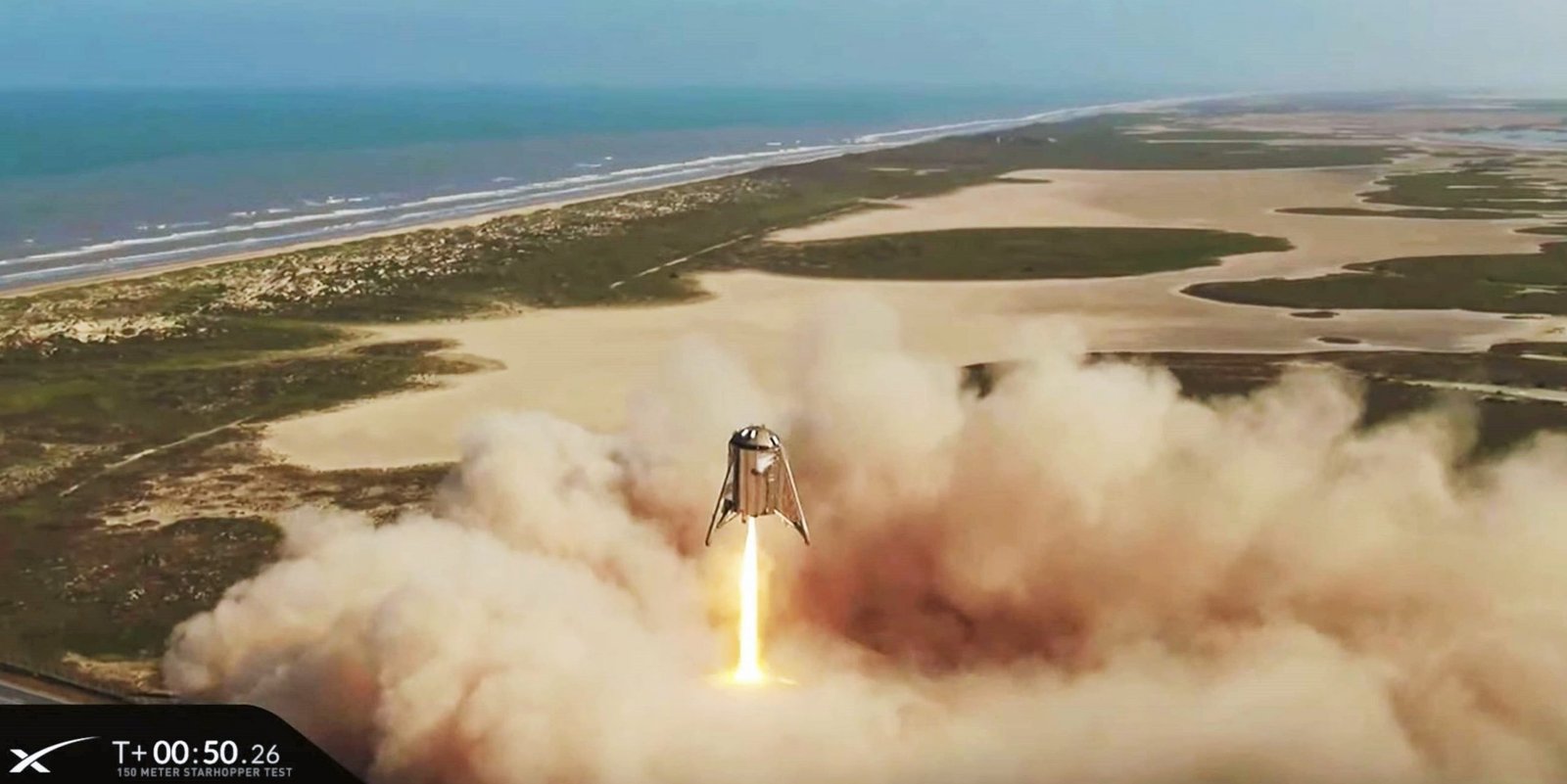 SpaceX’s Starhopper prototype has completed its second and final flight test, lifting off to an apogee of roughly 150m (500 ft) before nailing the bullseye on a landing pad adjacent to the launch mount.

From start to finish, Starhopper spent almost a full minute (~57 seconds) in flight, showing off the first-ever public view of a Raptor engine plume in daylight.

According to CEO Elon Musk, this was the unusual Starship testbed’s final flight and the vehicle is now set headed for retirement and modification into a stationary Raptor test stand as SpaceX prepares for the imminent flight debuts of two similar Starship prototypes, known as Mk1 (Texas) and Mk2 (Florida).