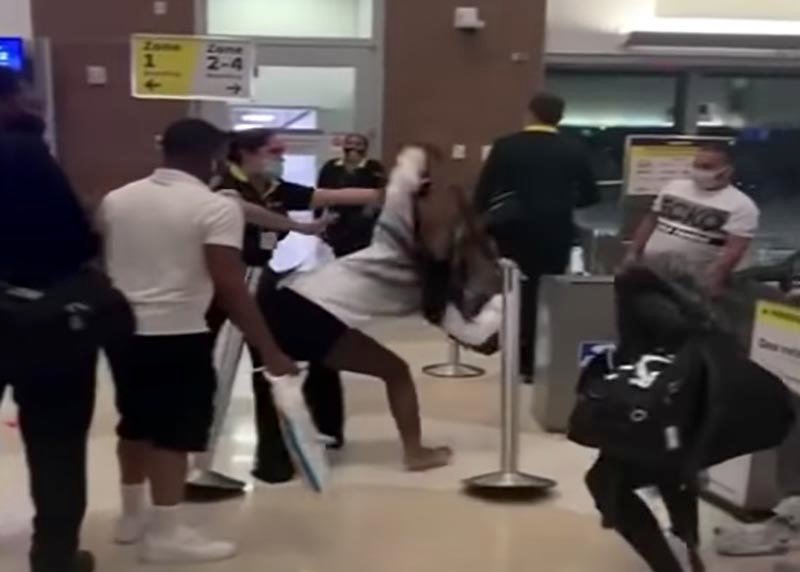 Three airline employees were injured during an attack by three women that was captured on video Tuesday night at Fort Lauderdale-Hollywood International Airport.

It happened outside the gate of a flight to Philadelphia in Terminal 4, and you can see women on the video throwing things at Spirit employees and then, eventually, going back to the counter and physically attacking at least one of the employees.

“The victims were also punched and kicked in different sections of their bodies numerous times,” the arrest documents say.

The three women arrested are all from Philadelphia.