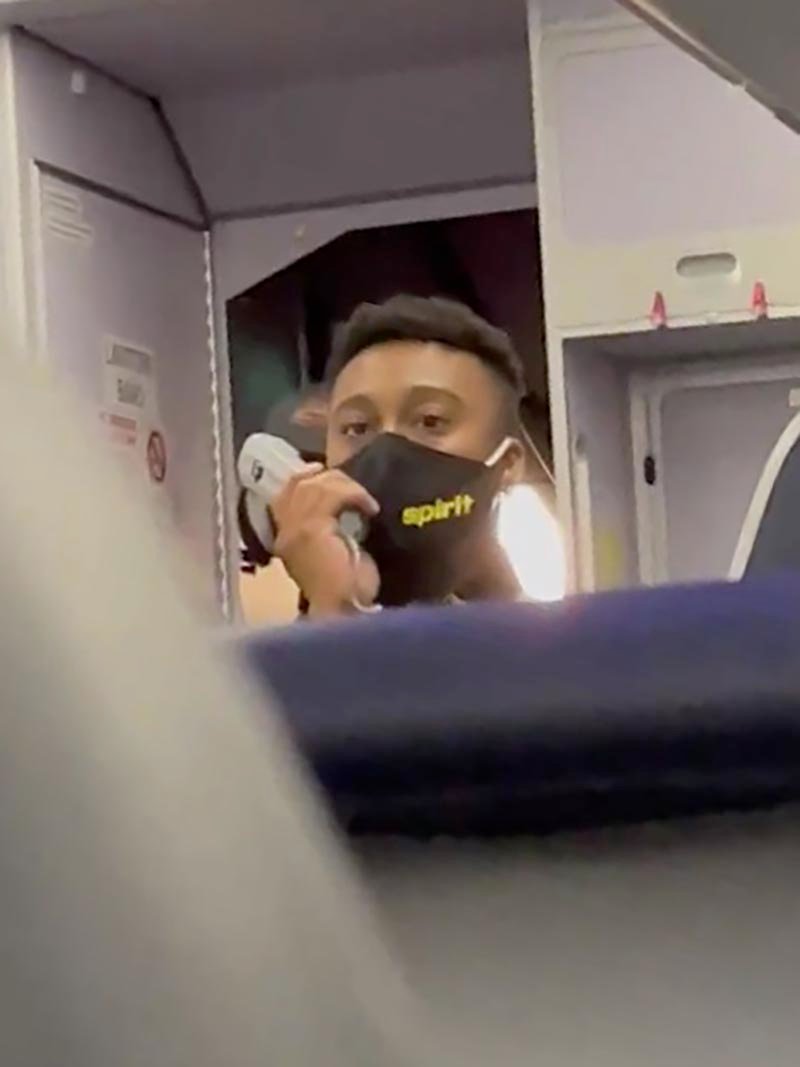 Spirit Airlines flight attendant threatened passengers to jail them, fine them $250,000, and put them on a global no-fly list, if they refuse to wear mask for the entire flight.

The flight attendant threatened claiming it was a government official. However, there is no such law mandates for not wearing face masks on planes.

In the video which was shared on Twitter, the flight attendant can be heard saying:

“Once the door is closed if we have to ask you more than once to cover your nose, mouth, put your mask on, we’re not going to be rude, we’re not going to be nasty, we’re going to simply take your seat number and your name and when we get where we’re going you’ll either be arrested, (or) fined but you’ll also be placed on the no-fly list meaning that you’ll not be able to fly any airline for the rest of your life.”

Spirit Airlines flight attendant threatens to arrest and no-fly-list any passengers who refuse to keep a mask on *for the entire flight!*

This tyranny will become the norm under Biden if we don’t stand behind President Trump! pic.twitter.com/qn4AzK2QRf

“Also, I’m not really sure what’s going on with all these videos going viral attacking each other and/or flight attendants, let me remind you, we are government officials and this is government property. If you choose to act out of content or character on this aircraft, you will be arrested and will face 20 years imprisonment and you’ll also receive a $250,000 fine.”

However, Spirit Airlines official said that the message in this video was not an approved message for welcoming our Guests onboard our planes and is not authorized.