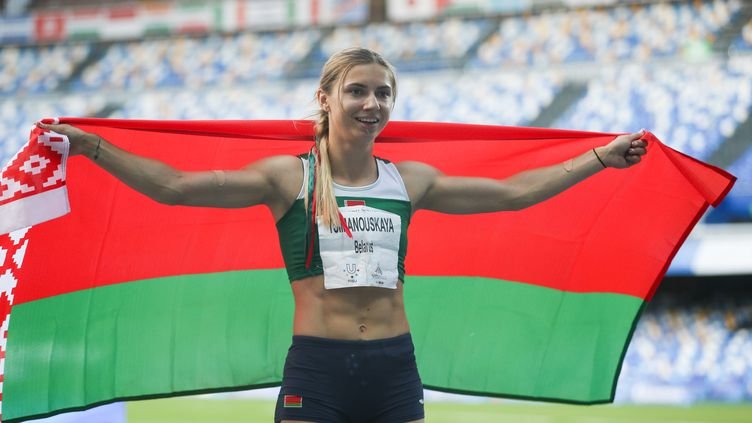 Belarusian Olympic sprinter Krystsina Tsimanouskaya, who feared for her safety at home after criticizing her coaches on social media, flew into Warsaw on Wednesday night on a humanitarian visa after leaving the Tokyo Olympics, a Polish diplomat confirmed.

Deputy Foreign Minister Marcin Przydacz said the 24-year-old athlete had arrived in the Polish capital after flying from Tokyo via Vienna, a route apparently chosen to confuse those who would endanger her safety. In a statement, the diplomat said he “wanted to thank all the Polish consular & diplomatic staff involved, who flawlessly planned and secured her safe journey.”

The plane that she was reportedly traveling on from Vienna was directed to a separate airport building used by government officials, and could not be seen. Passengers from the flight told reporters that one young woman was left on board as they left the plane and were put on buses to the main terminal.

In a dramatic weekend standoff at the Tokyo Games, Tsimanouskaya said Belarus team officials tried to force her to fly home early after she criticized them, and some European countries stepped in to offer assistance.

The officials “made it clear that, upon return home, I would definitely face some form of punishment,” Tsimanouskaya told the AP in a videocall from Tokyo on Tuesday. “There were also thinly disguised hints that more would await me.”

Her husband, Arseni Zdanevich, left for Ukraine shortly after the drama began. Poland has since issued him a humanitarian visa, according to government spokesman Piotr Mueller.