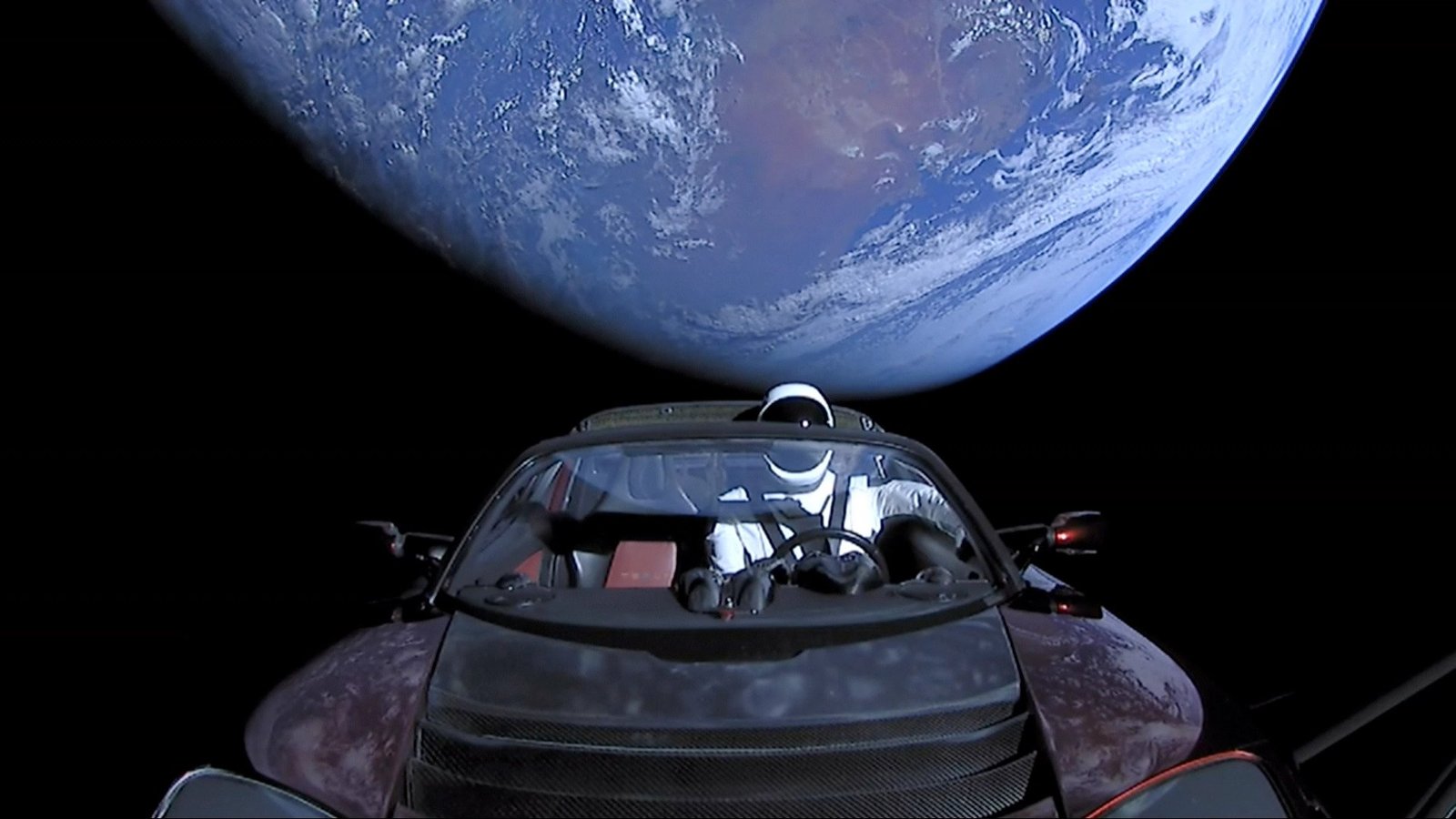 Having left Earth in 2018, Starman and the Tesla Roadster are now in the vicinity of Mars.

In 2018, SpaceX was launching for the very first time its new rocket, the Falcon Heavy, which is actually a Falcon 9 launcher supported by two other Falcon 9 converted into side boosters.

The flight was successful and since then two more missions have been completed – a third scheduled for early next year, this time on behalf of the U.S. Space Force.

But this day was not only marked by the inaugural flight of the Falcon Heavy, it was also by the “payload” present on board the launcher. Elon Musk had the idea to place on board a Tesla Roadster whose driver’s seat was occupied by “Starman”, a mannequin dressed in a spacesuit.

Two years later, Starman is still in the Solar System, but where ? SpaceX has just given news of its space “traveler” in a message posted on October 8 on Twitter. It turns out that the Tesla Roadster and its occupant are now very close to the planet Mars, some 0.05 astronomical units from the red planet, or just under 7.4 million km.

SpaceX had planned to place the Tesla Roadster in a heliocentric orbit around the Sun, an elliptical trajectory.