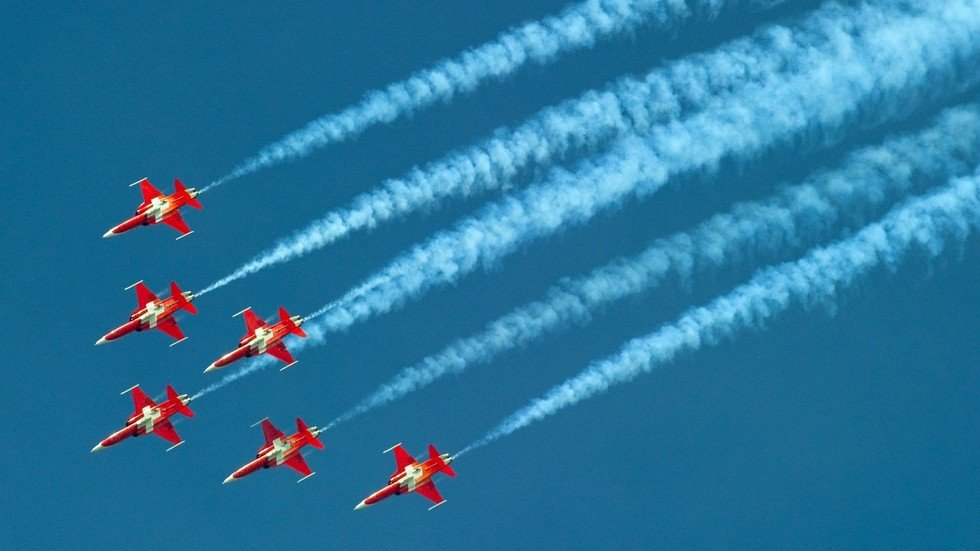 Switzerland’s Patrouille Suisse squadron has apologized for making a fly-by over the wrong municipality. Instead of marking the centenary of an aviation pioneer’s death, it startled visitors at a yodeling event.

The commander of the Swiss air force’s aerobatics team has apologized after a fly-by on Saturday that was meant to have taken place over the birthplace of Swiss aviation pioneer Oskar Bider was held over a nearby municipality instead, Swiss media have reported.

The Patrouille Suisse squadron had been engaged to fly over Langenbruck, where Bider was born in 1891, but instead made its pass over Mümliswil, some 6 kilometers (3.7 miles) away, after the team leader was misled by seeing a tent for a yodeling festival.

The Swiss Defense Ministry was quoted by The Associated Press as saying that the formation had been distracted by an unauthorized helicopter in the area.

According to the Swiss paper Neue Zürcher Zeitung, an army spokesman said the error was not worrying. The newspaper quoted him as saying that the planes, all F-5E Tiger II jets, were more than 40 years old and navigated using “map, felt pen and sight.”