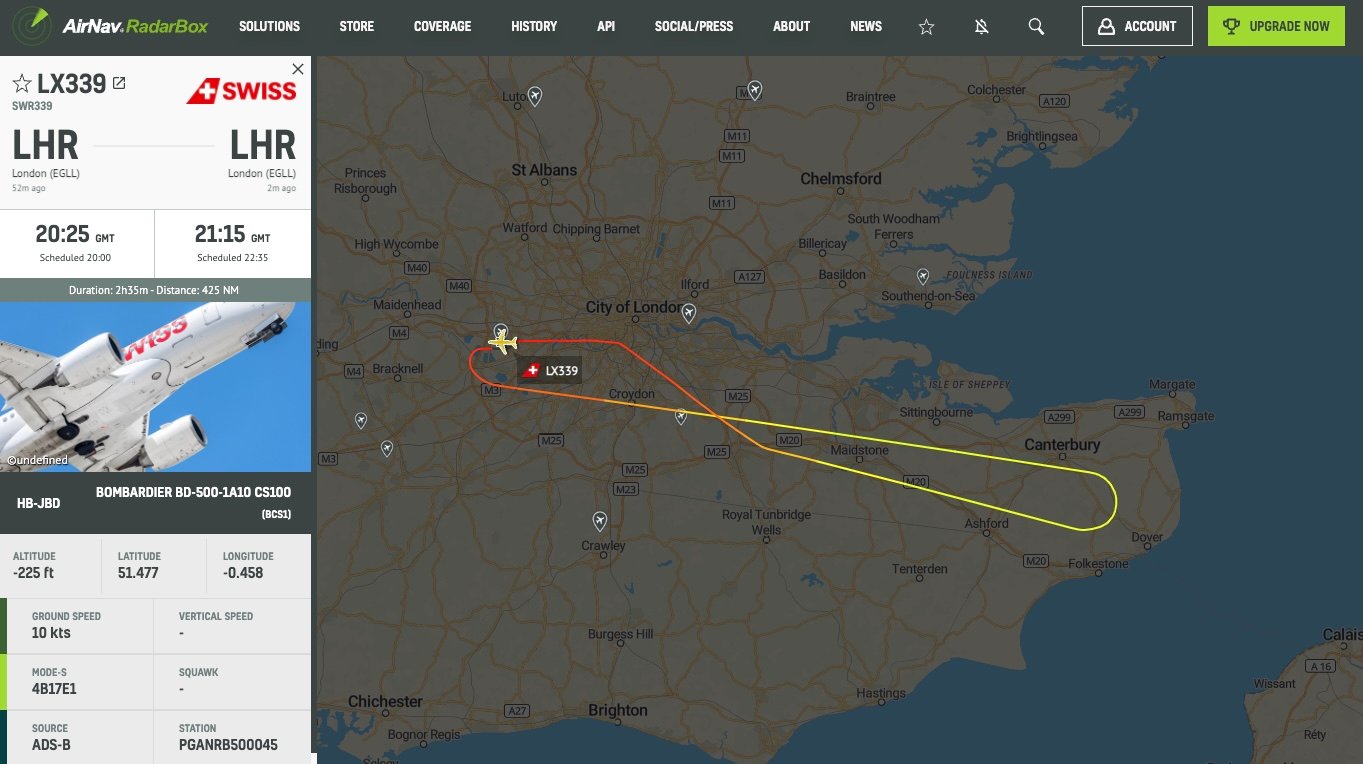 Flight to Zurich was forced to return to Heathrow due to ‘the dirty socks smell in the cockpit’.

On November 7, 2021 flight #LX339 took off from Heathrow to Zurich but turned around before reaching the channel.

As flight #LX339 a passenger asking for compensation regarding European regulation EC261/2004, the airline refused it telling that “the aircraft scheduled to operate the rotation was forced to return back to London due to dirty socks smell in the cockpit“.

Swiss Air Lines considers it as a ‘cancellation necessary and the irregularity to be extraordinary circumstances‘. 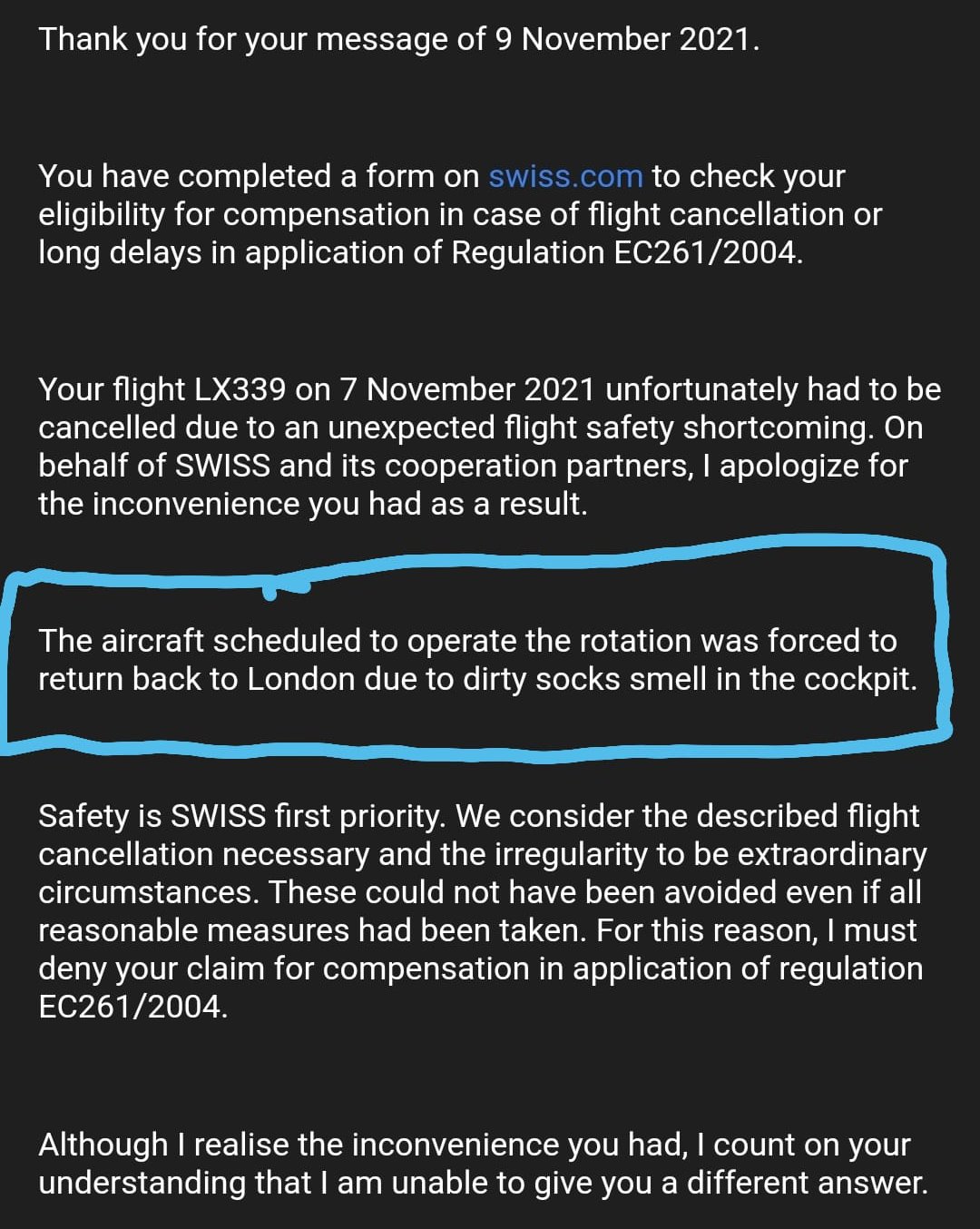 The EU regulation is in place to protect passengers against the inconvenience caused by long waiting times or flight cancellations, which the airline had the power to prevent. This is the ruling as stated in full: “Regulation (EC) No 261/2004 of the European Parliament and of the Council of 11 February 2004 establishing common rules on compensation and assistance to passengers in the event of denied boarding and of cancellation or long delay of flights.” The regulation provides passengers with protection against travel disruption, and also serves as an incentive for the airlines to maintain a more punctual operation. These rights also apply for passengers travelling on a package holiday.

The EU regulation 261/2004 is concerned with the following: