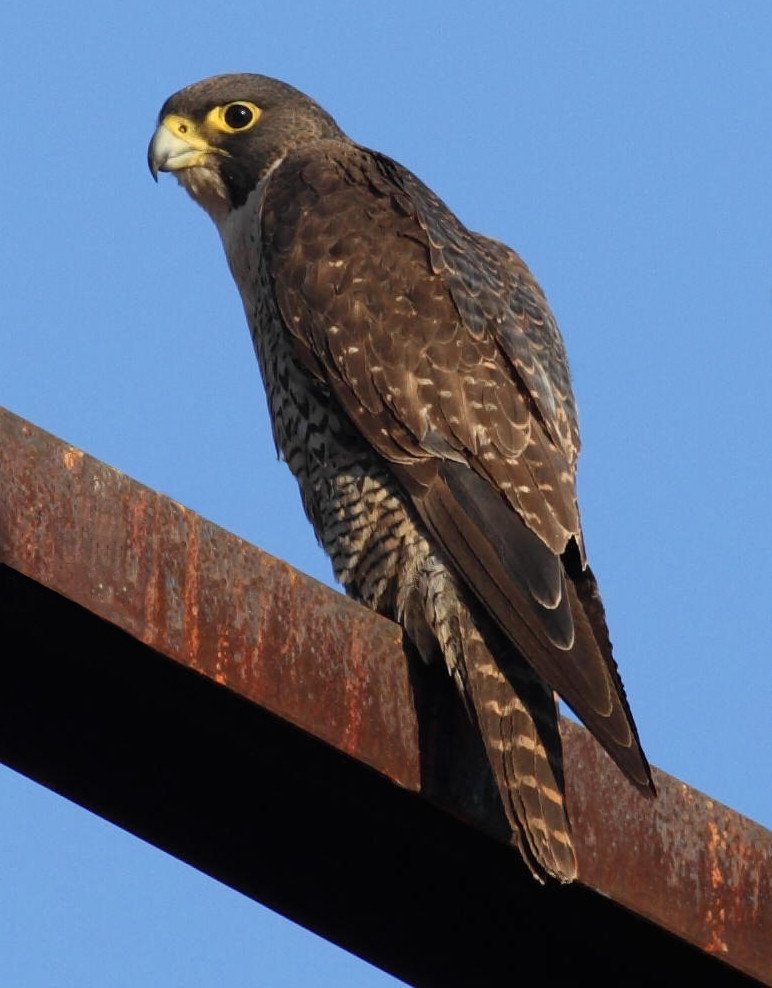 The Guardian Australia is reporting that a Sydney airport worker may loose the sight in one eye after he was gouged by a Peregrine Falcon living in a Qantas hangar.

Peregrine Falcons have been living in the hangar for more than 20 years and are a protected species. The falcons are also the world’s fastest animals, reaching speeds of 300 km/h (186 mph).

The incident occured Tuesday last week. The worker received signifcant damage to his eyes, neck and face according to the Transport Workers Union (TWU). Richard Olsen, the New South Wales Secretary of the TWU told The Guardian, “we are not calling for the birds to be removed, rather that Qantas have aircraft cleaned before the aircraft are moved to the particular hangar where these birds of prey roost and hunt.” He also said theat the airline had not warned union members about the falcons.

A Qantas spokesperson told The Guardian, “aircraft hangars make attractive homes for large birds due to their height and plenty of space to roost. It’s probably not that well known that peregrine falcons have been living in our engineering hangars at Sydney airport for at least the past 20 years … They actually help keep smaller birds, rats and mice out of the hangars. We’re making sure employees who work in and around the hangar are reminded of the falcons’ presence.”

The birds are more agressive during their breeding cycle between September and November. While there have been reports of swooping in the past, this is the first attack Qantas is aware of.

The Wildlife Information Rescue and Education Service (WIRES) has been called out to the hangar many times when fledgings attempt to fly for the first time. WIRES volunteer and raptor specialist Rob Crawford told The Guardian, “the staff love these birds, they are their friends, their colleagues. They perform quite the service. A pair of peregrines will take at least one pigeon a day – those peregrines are responsible of clearing out hundreds of feral pigeons from the airport. It’s actually a service to the greater good for the whole facility.”