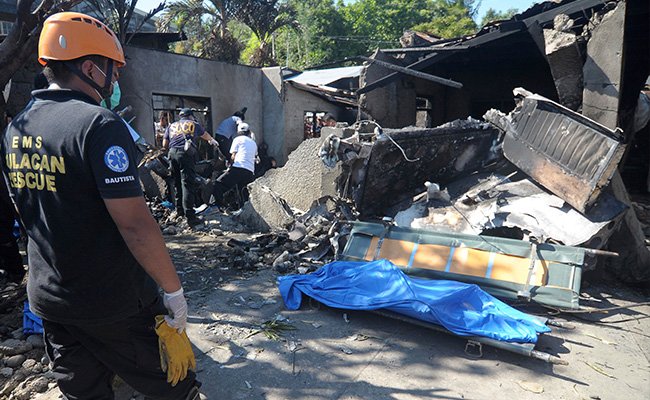 A six-seater Piper PA-32 crashed onto a house shortly after take-off on Saturday, 17 March, killing all five on board and five on ground. Two other Filipinos sustained injuries as the plane burst into flames.

The plane took off from a small airport north of Manila (ICAO: RPUX) at 11.21 am local time, bound to Laoag city (RPLI), crashing in Plaridel, Bulacan at about 11.30 am. The operator, a charter company Lite Air Express, has grounded its whole fleet while the cause of the accident is being investigated.

The bodies of the pilot and chief mechanic along with three passengers, as well as the house owners: three children, their mother and grandmother who were eating their meal at the time of the crash, were recovered from under the wreckage.

The Piper PA-32 is a propeller single-engine light aircraft manufactured in the US between 1965 and 2007, and is widely used for medevac and private flights. The media originally reported the crashed aircraft type as PA-23 Archer, but the plane registration RP-C299 found on the wreckage belongs to a Piper PA-32RT-300T Lance II.