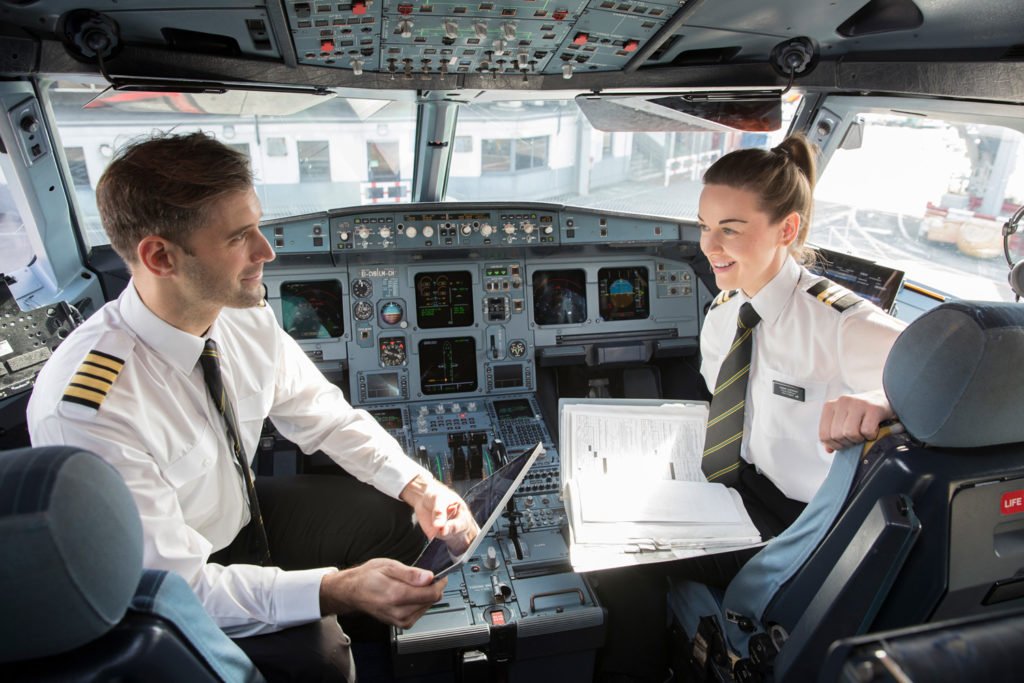 Scholarships are a golden ticket to further study, as they can reduce or completely negate the expenses associated with education and offer amazing extras like trips or access to mentorship. These awards are offered across the entire spectrum of education. In aviation, there are numerous ones to watch out for and apply to as well.

Apart from being keen pilots, applicants will also need to be sharp essay writers to bag these awards. Making a good case for yourself means clearly explaining and persuading the awarding body that you’re the right candidate for the role.

In this article, we’ll count down our pick of some of the most appealing and generous scholarships one can expect to win.

Applying for a scholarship means submitting documents to persuade the awarding body that you have excellent potential. If you’re not a pro essay writer, seek out some tuition. Scholarships are competitive, so it’s time to get down to learning how to become a better essay writer.

If you’re failing to put yourself into words, look for an essay writer online: there are many professional services which offer editing, writing, and proofreading services.

The Aircraft Owners and Pilots Association (AOPA) operates a foundation, fully 501(c)(3) regulated, that offers financial assistance to the most excellent students graduating high school. Every year the foundation awards scholarships which add up to over $1 million.

This award means you get your pilot training completely paid for. In the past, the scholarship has been split between around eighty students, all aged between 15 and 18. On average, the scholarship is worth $10,000.

Applications close on April 2 every year, so unfortunately this one will need marking on the calendar for next year.

The Organization of Black Aerospace Professionals (OBAP) awards its scholarships to pilot students who are aiming to become airline pilots. In order to qualify, applicants must already hold a private pilot’s license.

The flight training program is open to black students from anywhere in the world, and must be taken within the United States. In total, the awards give $179,000 to 38 students who represent diversity. Deadlines for applications are in May, this is to qualify for programs that start the following Spring.

As the name suggests, this scholarship is for women interested in aviation or becoming a pilot. The scholarship is open to any flight training student who can demonstrate commitment, resilience, and other stellar qualities.

WIA offers their scholarship to women of all nationalities, and they provide around 130 per year. In financial terms this adds up to $780,000, or around $6,000 for each scholar. The application process opens in July and ends several months later in November.

The Experimental Aircraft Association is an international aviation group based in the United States. Since its conception in 1953, the EAA has grown to 1,000 international chapters and 200,000 members. This flying club has a youth wing, the Young Eagles, which also has a fully paid-up pilot training scholarship.

EAA offers its scholarship to any student who is interested in becoming a pilot, or working in a field related to aviation. Nationality is not a barrier to entry, so students from all countries are welcome to apply.

The training itself takes place at the EAA HQ in Oshkosh, WIyear round. Application dates are rolling throughout the year to accommodate this; there are two rounds of flight training, along with a post-secondary scholarship, and an Air Academy Campership.

The National Gay Pilot Assocation Flight Training Scholarship is a pilot training program for those in the LGBT+ community. The scholarship is open to students regardless of the level they are studying at, international applicants are welcomed, and each award amounts to around $6,000. The deadline for applying is the end of August, with the application process opening on June 1st.

The 99s is an organization that offers career-advancement and training for professional women pilots. Founded in 1929, there are 155 different affiliates around the world. The group itself is formally known as the International Organization of Women Pilots.

The 99 moniker though is widely used and comes from the original number of women who expressed interest in forming a professional networking group back in 1929. Amelia Earhart was the group’s president for two years, between 1931 and 1933.

As is the case with international organizations, the scholarship is available to student pilots all over the world, and in this instance it is irrelevant what level of training they are at; beginners are welcome!

There are actually several awards given by the 99s each year. Pilots can receive $6,000 in assistance, and also $10,000 during each academic year. All in all, this amounts to a whopping $5 million given away each year. It’s also easy to remember the deadline for the 99 scholarship – January the 1st, every single year.

The Airline Pilots Association (APA) is, unsurprisingly, an association of airline pilots. Given this clue, we might expect them to only fund airline pilots in training. However  the APA funds post-secondary students who are partaking in any level of pilot training.

This award is only open to citizens and permanent residents of the United States. The scholarship itself is worth $12,000 in total – with the funds being paid out in $3,000 chunks every year for four years. Annually, the deadline for application is April 1, so mark this date in your calendar.

The Early Child Educators scholarship is an award aimed at children. It’s goal is to improve the quality of training and carers who work with young pilots and applicants. The application criteria is to be aged under 15 and enrolled in a pilot program or aviation-associated course.

The award is open to international students, though the pilot training course they will attend must be conducted within the United States. The lucky award-winners will receive up to $4,500; the actual amount depends on the specific institute and course they are affiliated with. Like for the APA program above, the application deadline is April 1st.

This scholarship is open to any US citizen who is studying aviation or flight science at a higher educational institution in the United States. Applicants must have a minimum of a 2.75 GPA and an emphasis on aviation as part of their studies.

The course is only open to those studying at the West Michigan Aviation Academy, with the award ranging from $1,000 to $4,000 in total. Applicants need to submit an application form, statement essay, and a financial needs analysis. It’s one of the niche scholarships on our list, but it will be useful to those studying at West Michigan nonetheless.

This scholarship is awarded by Exploring, a part of Learning for Life, which is affiliated with the Boy Scouts of America. The National Aviation Explorer Award is given every year to students who show commitment to becoming a pilot. The award is worth between $4,000 and $20,000; the only catch is that the training must take place in the state of Pennsylvania.

The Exploring company has numerous scholarships relating to all aspects of ‘exploring’, so if pilot training isn’t quite for you, check out the other worthwhile scholarships to help in your studies.

The rather grandly titled organization of the Honorable Company of Air Pilots Flight Training Award used to be known as the Guild of Pilots and Navigators. Following their streamlined name change, the HCAP offers scholarships to students of pilot training courses.

Any nationality is welcome to apply for this award, the benefits are more than just financial. Those who receive the award get assistance in becoming a licensed private pilot, receive free theoretical air transport training, and get frequent flight instructor ratings and marks, as well as courses on jet orientated, gliding, and instrument rating.  The deadline is non-consistent, so it is always worth keeping an eye on their website.

Becoming a pilot is one of the dream occupations of young children. With the knowledge of these scholarships and paid-for training programs, that dream can become a reality. Ensure that before applying and making sure you are eligible for the award, contact the body and ask questions, this can help them to remember your name and  demonstrates your initiative.

When writing personal statements or profile essays, ensure that you stick to the facts and do not embellish your achievements. Try to show your commitment  through the use of examples, not hyperbolic language, and finally, make sure you keep track of deadlines – there is nothing worse than missing the boat because you thought it was June, not January.