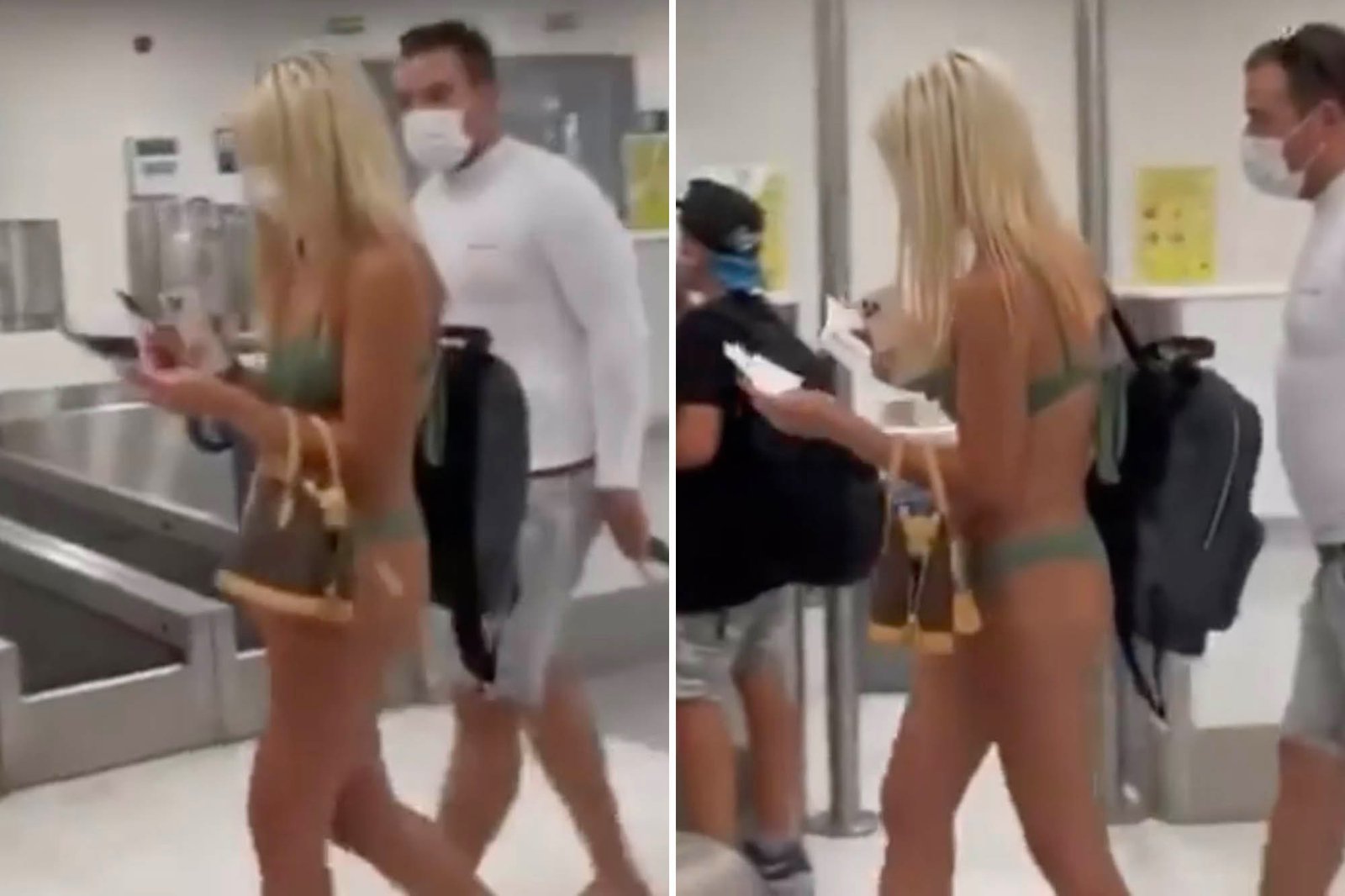 An unidentified blonde woman walking through an airport in only a bikini and mask has become a viral video.

The video shows the woman strutting through an airport terminal with an olive bikini and a backpack. Despite her lack of clothing, the passenger was still wearing a mask in accordance with Federal Aviation Administration guidelines.

The Transportation Security Administration announced last month that fines of up to $1,500 could be given to passengers who violate the mask mandate.

A viral Instagram video posted to the “Humans of Spirit Airlines” account captured the spectacle, accruing 10,000 views in less than a day. The account posts videos poking fun at airline passengers, often joking that the scenarios are occurring on Spirit Airlines, sometimes known as an “ultra-low-cost carrier,” the New York Post reports.

A post shared by Humans Of Spirit Airlines (@humansofspiritairlines)

“When you have a pool party at noon and a Spirit Airlines flight to catch at 4pm,” the video’s caption reads.

“This account often falsely attributes photos and videos to Spirit Airlines,” a Spirit Airlines representative told the Post. “The video could have been taken at any time or any place and it has no identifying characteristic of any airline. I checked, and we have no record of this on file.”

Airline passengers have previously been told they cannot board flights for violating a dress code. One Playboy model was turned away at the gate because she was only wearing a low-cut leopard-print top.

It is unclear if the bikini-sporting woman was able to board her flight with such a lack of clothing.