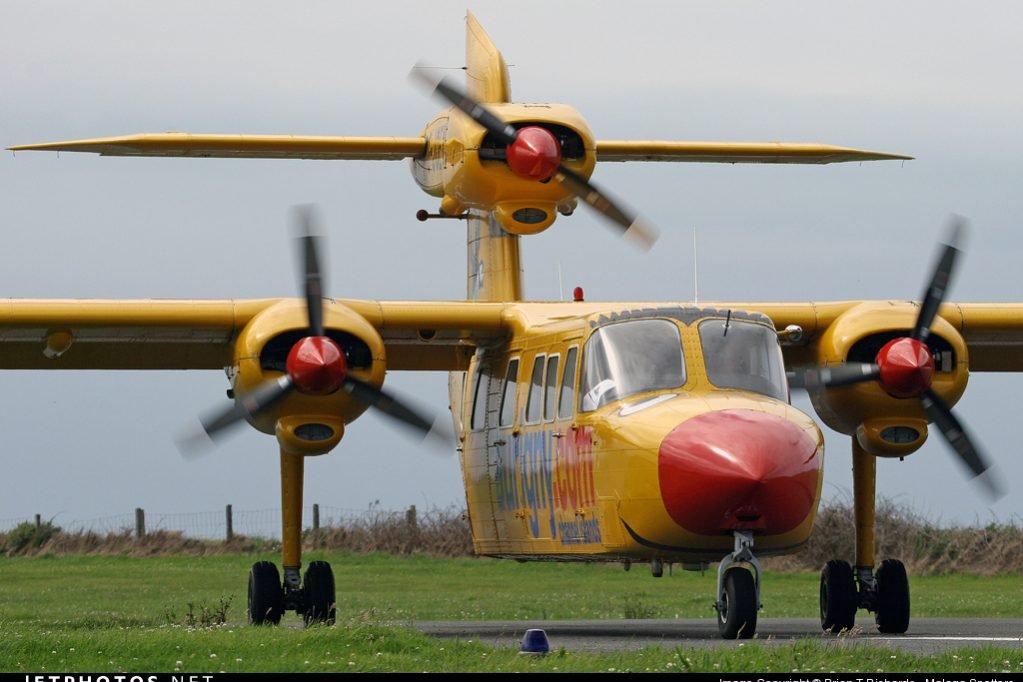 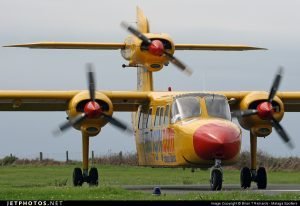 Since the airline opened in 1968 (previously Glos Air Ltd), the Alderney schedule has been the airline’s priority alongside the link to London from Guernsey. For the people in Alderney, the air route was the island’s main source of freight, air ambulance and access to the governing island Guernsey. When the airline first began the vital air link, they operated Britten-Norman Islanders, the reliable twin engine piston commuter. However, the demand for the route was higher than what the aircraft could cope with and the airline had to look for a new aircraft to take on the role. They needed an aircraft with more space for freight and the ability to takeoff from the short Alderney runway. They turned to the De Havilland Twin-Otter. Aurigny trialled this aircraft for a short period before deciding that the aircraft was not suitable for the demanding route. 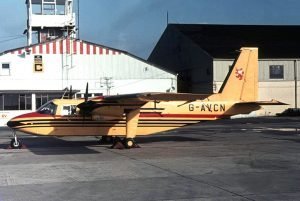 Meanwhile, owners of the British aircraft manufacturer Britten-Norman, John Britten and Desmond Norman, drew up plans for a new aircraft, they drew the outline of the islander on a napkin at a restaurant and eventually came across the idea of the Trislander, an Islander with a third engine on the tail, an extended fuselage to carry more passengers and freight and a longer nose to store baggage (although some variants had short noses).

Aurigny became the leading operator of the Trislander, taking delivery of their first Trislander in July 1971 and over the course of 46 years, they operated 16 in total. The aircraft had the ideal passenger capacity of 17, only required one pilot to operate scheduled flights, carried more freight than the Islander and had the ability of taking off from Alderney’s short runway, only 2,287ft long, but the Trislander could do it in 1,950ft. The Trislander was not used only for the Alderney route however, the Trislanders operated frequent services to Southampton and Jersey from Alderney as well as Jersey and Dinard from Guernsey. 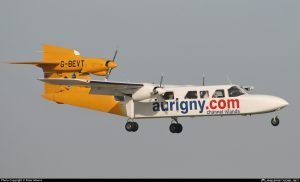 For 46 years, the Trislander has been the workhorse keeping thousands of islanders connected by air and has grown a huge impression on islanders, even if they aren’t aviation enthusiasts. In May 2017 the Trislander flew it’s last commercial service in the Channel Islands and G-BEVT was the last Trislander standing. She flew to Duxford shortly after which is her final resting place, in the Imperial War Museum Duxford. 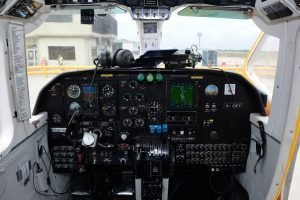 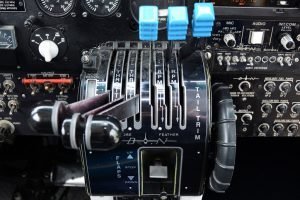 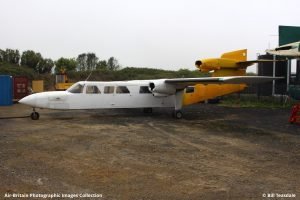 Throughout the course of their 46 year reign, the Trislanders truly dominated the Alderney route, with only other Trislanders and Islanders attempting to compete on the route with airlines such as Blue Islands and RockHopper CI failing to keep up with the Aurigny Trislanders. But over this time, one specific Trislander captured the imaginations of hundreds of young islanders and even had a fan club! This was G-JOEY, Aurigny’s only Trislander to be painted with a face. The aircraft (below) being completely yellow and having a red nose, eyes and a smile, really made the aircraft so special. JOEY almost had a personality and to islanders, JOEY was truly iconic. 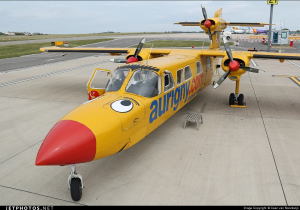 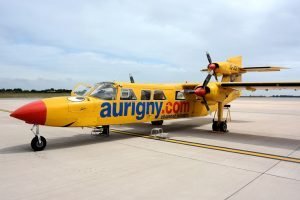 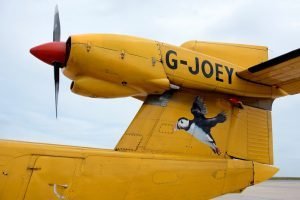 With the Trislanders gone, what could possibly replace such an icon? Aurigny chose the Dornier Do228 to take over from the Trislander but have earned Aurigny a “vote of no confidence” from the governing body in Alderney as they claim that the aircraft are too unreliable to continue. The Aurigny Dornier fleet have been suffering maintenance issues from the very beginning and these issues have caused extensive delays and cancellations on the Alderney service. That is why new airlines such as Air Alderney and Waves have popped up to grab a spot on the inter-island routes between the Channel Islands. 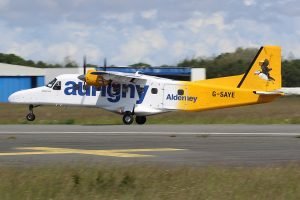 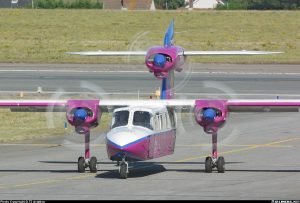 Between the late 1990’s and late 2000’s, Aurigny’s Trislanders (with the exception of G-JOEY and G-XTOR) were given special liveries which were painted as flying adverts for large companies operating in the Channel Islands, such as Royal Bank of Canada and Islands Insurance. 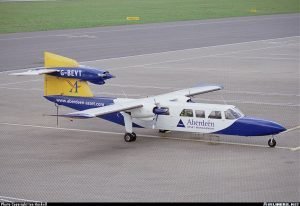 The Trislanders were truly iconic in almost every way, but their legacy in the Channel Islands will live on as G-JOEY is planned to be put on display at Oatlands in Guernsey. But what will become of the famous Trislanders still in service in the Caribbean and New Zealand? Only time will tell for these late Trislanders.