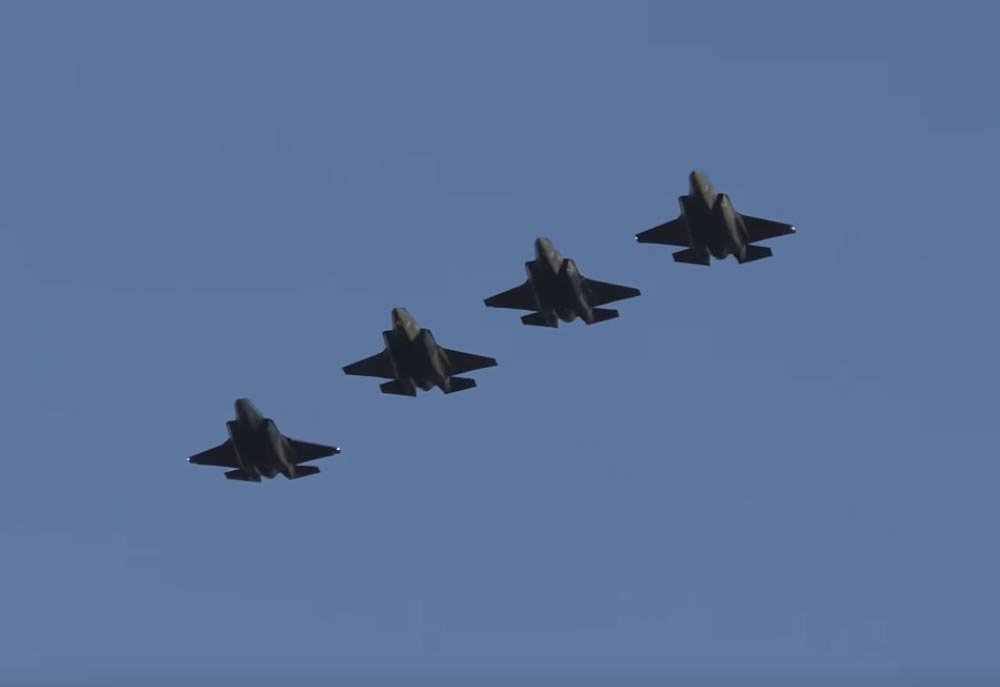 The US Air Force has grounded its fleet of F-35 jets temporarily, citing a potentially faulty component in the ejection seat that could endanger pilots in an emergency.

The issue involves the explosive cartridges inside ejection seats that help propel the seat — and the pilot — from the plane during an emergency, Alexi Worley, spokeswoman for the Air Force’s Air Combat Command, said in a statement Friday.

“On July 19, we began a Time Compliance Technical Directive to inspect all of the cartridges on the ejection seat within 90 days,” Worley said in the statement. “Out of an abundance of caution,” she said Air Combat Command units “will execute a stand-down on July 29 to expedite the inspection process. Based on data gathered from those inspections, ACC will make a determination to resume operations.”

It’s the latest development in a concern over planes that have the ejection seats. The Air Force on Thursday decided to ground almost 300 training aircraft over the issue. The Navy and Marine Corps have also sidelined some of their fixed-wing aircraft. The groundings were reported earlier by Breaking Defense and Air Force Times.

Only aircraft equipped with cartridges “within a limited range of lot numbers are affected,” the Navy said in a statement this week. The cartridges will be replaced at the aircraft’s assigned squadron and the aircraft will be inspected before its next flight, the service said.

But Steve Roberts, Martin-Baker’s head of business development, said in an emailed statement that only F-35s were affected.

An “anomaly” was discovered with one of the Seat Cartridge Actuated Devices (CAD) in the F-35 seat in April at Hill Air Force Base, Roberts said, and “this was quickly traced back to a gap in the manufacturing process which was addressed and changed.”

“Outside the F-35, not a single anomaly has been discovered worldwide as a result of the forensic investigation which continues at pace,” Roberts said.

So far, 820 F-35s built by Lockheed Martin Corp. have been delivered worldwide out of a potential 3,000 for the US and partner nations. The Air Force is the largest F-35 customer, with 348 of its planned 1,763 planes now in its inventory.