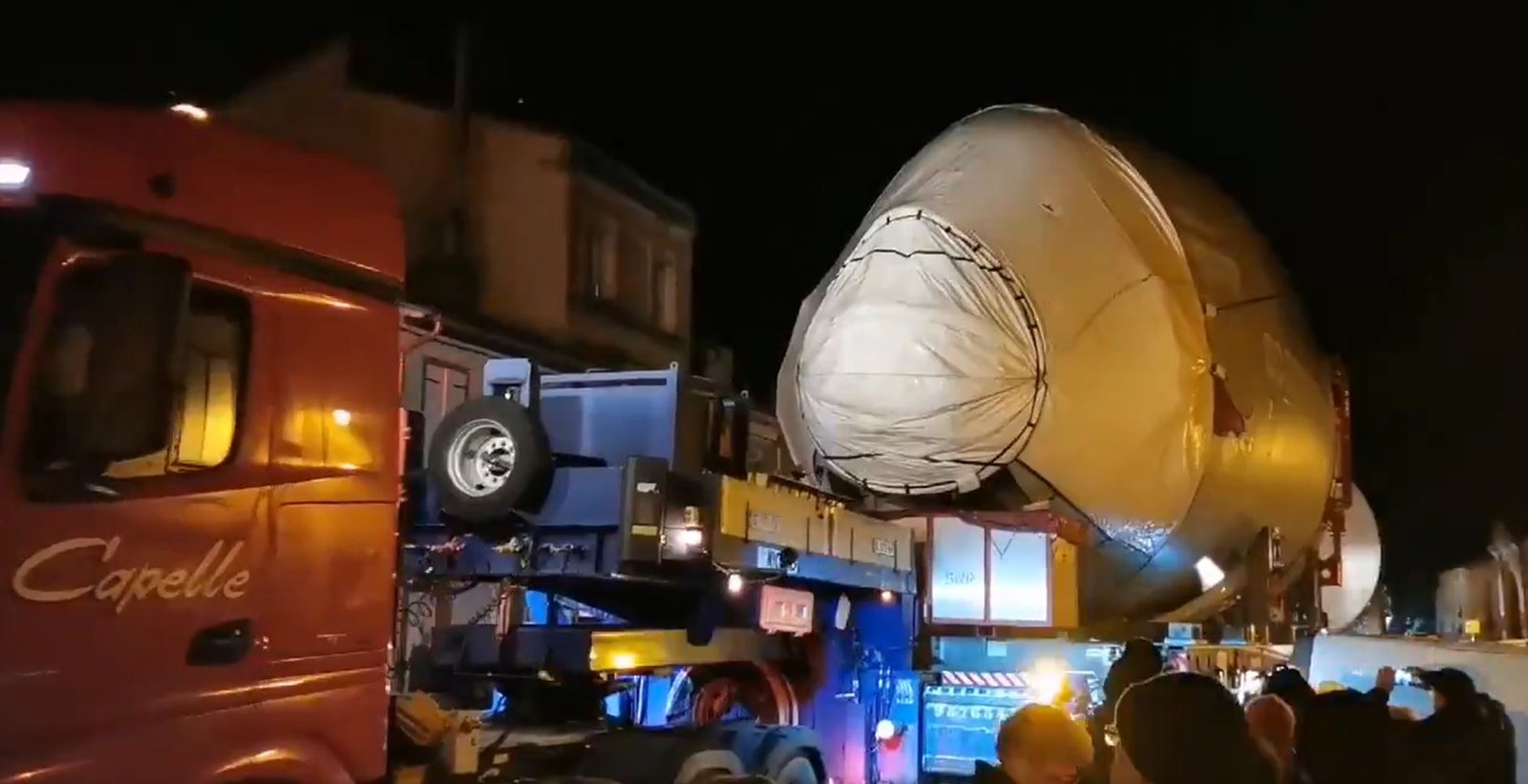 The final Airbus A380 convoy arrived to the Airbus A380 Final Assembly Line in the Jean-Luc Lagardere plant at Toulouse-Blagnac Airport.

Three huge sections of the aircraft are carried in three specially designed vessels, that carry six heavy components by sea, while the vertical tail fin flies from Hamburg to Toulouse.

The wings were built in Broughton, Wales, fuselage sections and tail fin came from Hamburg, Germany and Saint-Nazaire, France, and the horizontal tailplane was manufactured in Cadiz, Spain.

The final #A380 convoy drive through the streets of Levignac near Toulouse heads to the final assembly line. 😥 #AvGeek pic.twitter.com/uvWR1StyzV

The $445 million price tag of each aircraft was not sufficient to even cover the production cost, so with Airbus losing money on each A380, and orders evaporating, it makes economic sense to shut down production.