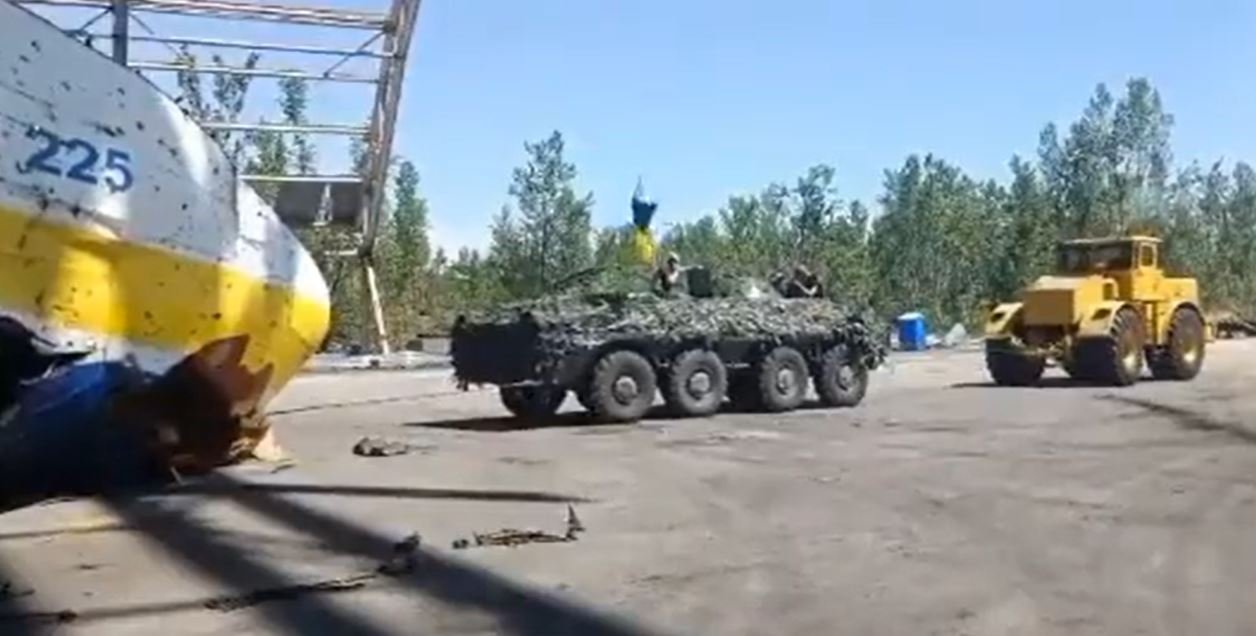 Portions of the destroyed Antonov An-225 are being removed from the hangar at Gostomel airport.

The aircraft was destroyed during the artillery shelling during the attack of the armed forces of the Russian Federation.

Portions of the destroyed AN225 are being removed from the hangar at Gostomel airport near Kyiv pic.twitter.com/W0RCgjsUzr

The An-225 was still intact during the assault of Gostomel Airport by Russian paratroopers on on February 24, 2022.

In a YouTube video posted March 19, former An-225 pilot Dmytro Antonov said NATO had warned the aircraft’s owners in January about Russia’s impending invasion and recommended that Mriya be deployed outside the country as a safety measure.