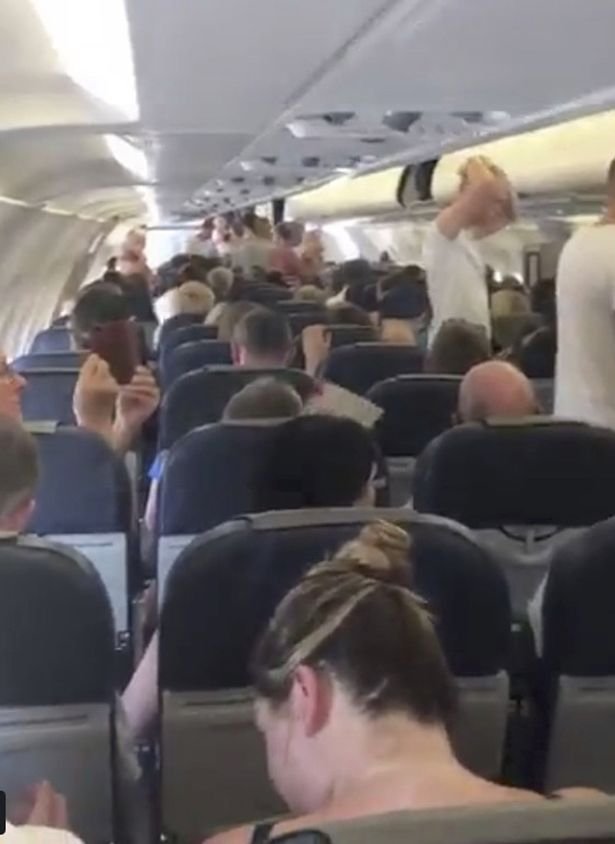 Passengers on a Thomas Cook flight from Zante to London were forced to wait in a delayed aircraft for three hours in such bad conditions that some people vomited and passed out from the heat and lack of air conditioning.

People on board included pregnant women and mothers with young children who began to ‘melt’ as the air conditioning unit failed and temperatures soared to as high as 40C, it was claimed. One person even suffered a panic attack, a witness said.

Flight #MT1805 was expected to depart from Zante, Greece, for London Stansted airport at 2pm on Sunday.

Travellers say they were originally told the plane needed to be refueled resulting in an initial one hour delay to the flight. They were then trapped inside for three hours without adequate water supplies resulting in many passing out and throwing up.

The flight was finally cancelled and passengers were provided with accommodation.