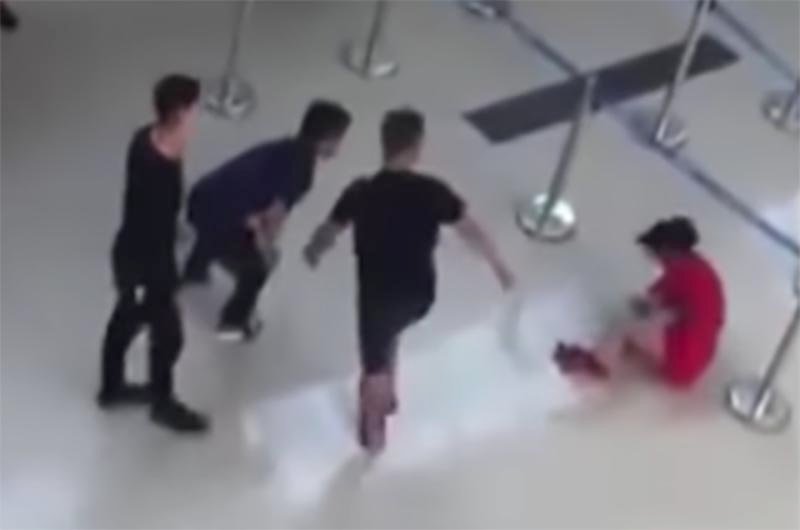 Officials from the Civil Aviation Administration of Vietnam issued the decision on Sunday, saying they have also asked the police to put the men under criminal investigation.

The video shows three men slapping and kicking a woman at the Tho Xuan Airport in the central coastal province of Thanh Hoa, a four hour drive to the south of Hanoi.

The victim was identified as a female employee of the Vietjet Air budget carrier.

At 2:20 p.m. Friday, the three men went to the airport to see off a friend who boarded a Vietnam Airlines flight for Ho Chi Minh City.

After their friend had completed the check-in procedure, the triple had the flight attendant take a group photo for them at the departure hall. She accepted their request.

When they asked her to join them for another group photo, the Vietjet flight attendant declined, saying she was on duty.

Following her refusal, the men became agitated and got violent, slapping her and kicking her to the ground. An airport manager witnessed the incident and tried to stop the men’s violent acts but was also slapped in the face.

One of her colleagues who filmed the incident with her mobile phone was threatened, and two security staff at the airport were also reportedly attacked by the gang.

A short while after, airport security officers subdued the gang and took them the local police station.

An airport representative said the men were said to be drunk.