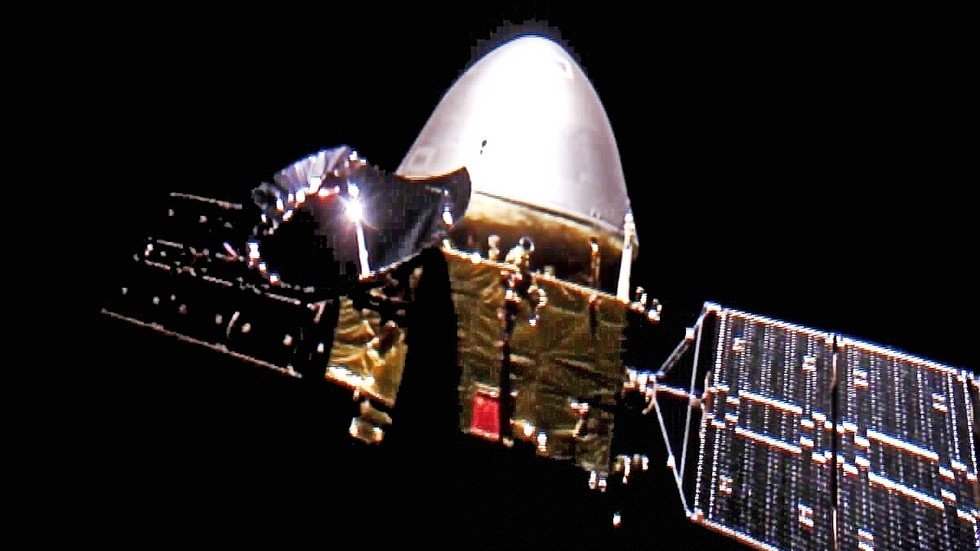 The spacecraft is expected to deploy a rover to study the planet’s surface in around three months.

The probe’s half-year journey to Mars successfully concluded on Wednesday, according to China’s National Space Administration. The Tianwen-1 – ‘Quest for Heavenly Truth’ in Chinese – performed a 15-minute retrograde burn, establishing itself in a stable elliptical orbit around the planet.

Apart from having equipment for orbital research, the probe also carries a 240-kilogram rover. The solar-powered vehicle is expected to be deployed in about three months to land on the planet’s surface. If the rover sticks the landing, it will explore the Martian surface for 90 days, taking samples and analyzing the planet’s soil.

The Tianwen-1 mission is China’s first independent mission to the planet, performed without any help from other space-faring nations.

Mars is set to see unusually busy interplanetary traffic this month, with multiple spacecraft arriving within days of one another.