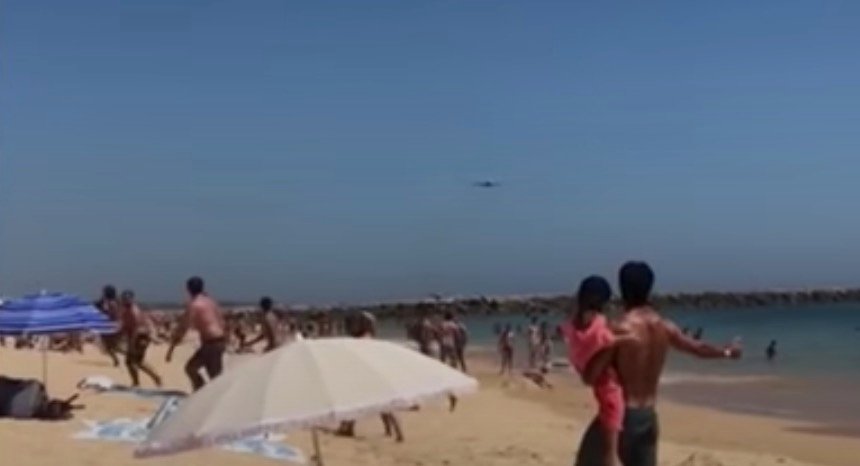 A Hi Fly A380 flew over the beaches of the Algarve in Portugal, frightening tourists who were on the beach.

In the footage took by a tourist at the Falésia beach and Albufeira beach, people are seen running in fear of the presence of the large plane, which flies at low altitude.

The route of the largest commercial airplane in the world started around 2:30 pm, in Beja, in the Alentejo, and went to the Algarve, in the Albufeira and Vilamoura area on August 5th.

Hi Fly tweeted:
For those on holidays in Algarve, who knows you might be lucky enough to spot our majestic A380 “Save the Coral Reefs”, planned to perform today an after maintenance functional check flight, overflying Faro and Vilamoura in the process. The biggest commercial aircraft in the world is expected to depart Beja at 2.30pm, and the flight will last around one hour. It will be flown by Commander Carlos Mirpuri.