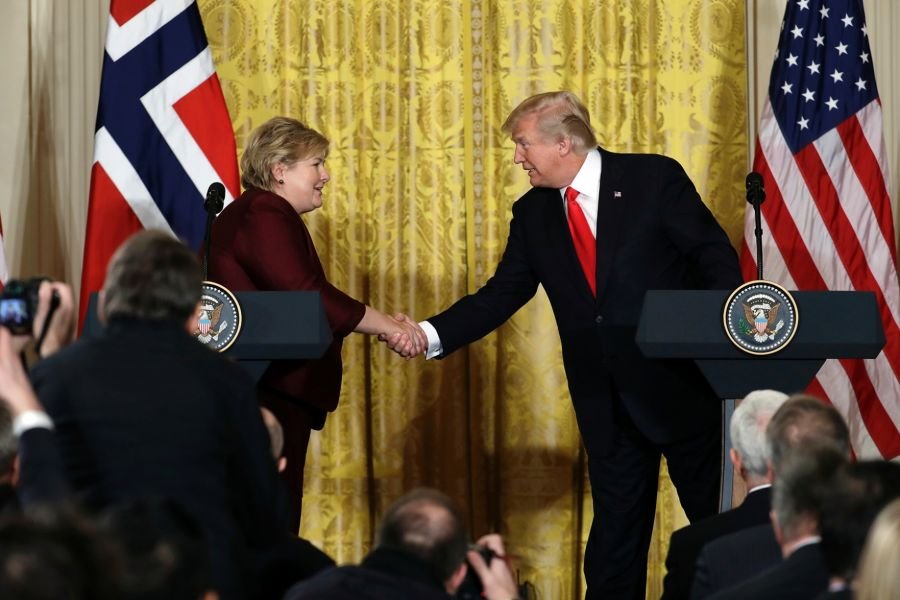 President Donald Trump has mistakenly said the US sold Norway fighter jets that exist only in a video game.

“In November we started delivering the first F-52s and F-35 fighter jets,” Trump said. “We have a total of 52 and they’ve delivered a number of them already a little ahead of schedule.”

Trump was reading from a statement, and it appears he combined the figure of 52 planes with the “F” designation assigned to fighter jets in the U.S. inventory, such as the F-35 Lightning II.

The slip of the tongue came as he hosted Norwegian Prime Minister Erna Solberg at the White House.

Lockheed Martin, the defence contractor that makes the actual aircraft sent to Norway, said it did not have an F-52 programme, reports the Washington Post.