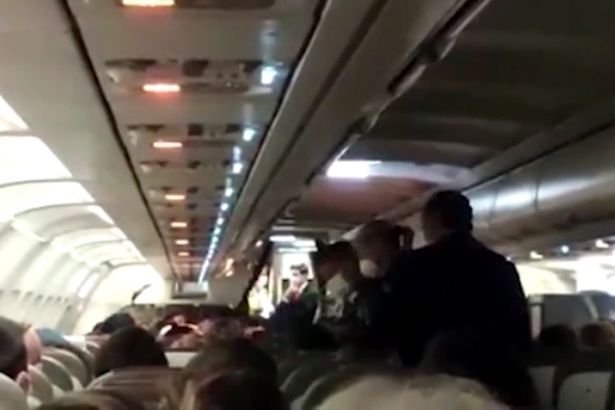 Two men were arrested in Spain for refusing to put on their face masks while on a flight and ignoring the pilot’s plea.

The plane was travelling to Madrid when the incident broke out, with distressed passengers claiming it was fuelled by alcohol.

Fellow passengers said the men had been making a nuisance of themselves and walking up and down the plane without masks.

One passenger told 20minutos.es: “Some of the passengers asked to be separated or to be seated in another place.”

The flight from Tenerife to Madrid was operated by Iberia who alerted the Civil Guard as they approached the Spanish capital.

Police were waiting at the airport in Madrid where both men were escorted off.