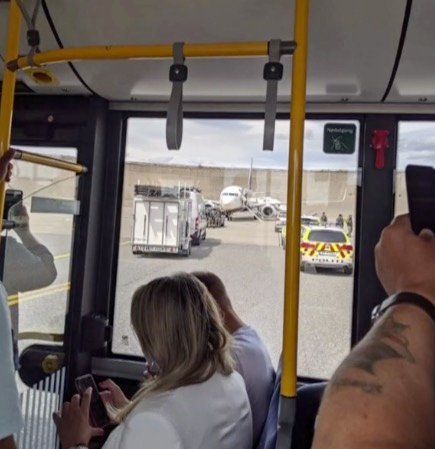 Two men who were arrested on suspicion of making threats to endanger an aircraft have been released from bail without charge.

The aircraft was forced to land at Stansted Airport on Monday, July 13 at around 6.40pm, when a note left in one of the aircraft’s toilets was found during the flight from Krakow to Dublin. However, Essex Police said “nothing suspicious” was found on board following an investigation.

A Ryanair spokesperson said: “The captain followed procedure by alerting the UK authorities and diverted to the nearest airport (Stansted) where the plane landed normally, but was taxied to a remote stand where passengers disembarked safely.”

UK police checked both the plane and the passengers. Passengers in Dublin waiting to travel to Krakow were transferred to another plane to avoid delays.

The Ryanair spokesperson added: “Ryanair apologises sincerely for the delay and inconvenience caused to those affected by this diversion”.