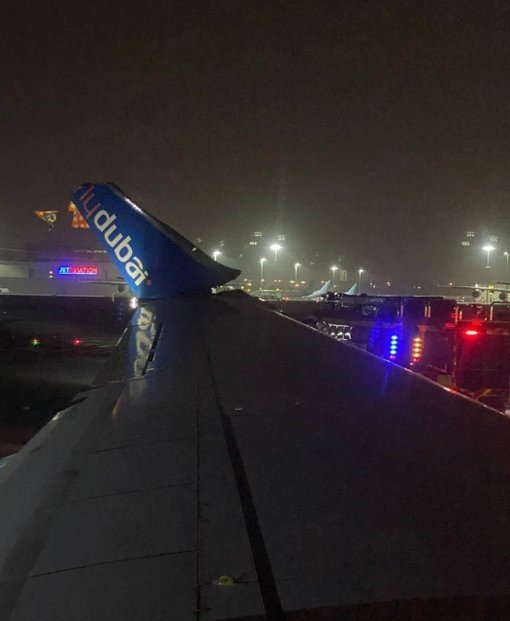 A FlyDubai Boeing 737 and Gulf Air Airbus A321neo collided with each other on the taxiway at Dubai International Airport on Thursday, July 22nd.

The tail of the Gulf Air A321 was hit by flyDubai’s Boeing 737-800 wingtip while taxiing for flight FZ1461 to Bishkek International Airport, Kyrgyzstan. The Civil Aviation Authority of UAE confirmed the incident saying:

“This morning a minor collision occurred between two planes, one belonging to Fly Dubai and the other to Gulf Air on a runway at Dubai International Airport resulting in minor damage to the tail of one of the two planes and the wing of the other, without causing any human casualties.”

No one was injured in the incident, but the two narrowbodies sustained minor damages with significant delays for passengers as a result. FlyDubai apologized for any inconvenience caused and said all passengers were accommodated on another flight, which departed six hours later.

Gulf Air confirmed that the tail of one of its aircraft sustained damage, and the airline is working to reconnect all the passengers to their final destinations. However, the Bahraini flag carrier didn’t announce the aircraft affected officially. The Gulf Air A321neo, likely with registration A9C-NC, was scheduled to depart to Bahrain.

As a result of the collision, one of the runways was closed for a couple of hours. However, flight operations at DXB weren’t affected. The cause of the incident is being investigated.