A SpiceJet Boeing 737 undershot the runway while landing at Guwahati airport on Friday. The Aviation regulator Directorate General of Civil Aviation has grounded both the SpiceJet pilots who were operating the flight.

The Boeing 737-800 with registration VT-SLL was performing flight SG-960 from Bangalore to Guwahati. Sources reported that the pilots lost perception of altitude due to low clouds on short finals, causing high descent leading to touchdown at about 2.12G short of the runway threshold.

The hard landing reportedly damaged three threshold lights and rolled out without any further incident. An inspection revealed one of the tyres had received cuts. 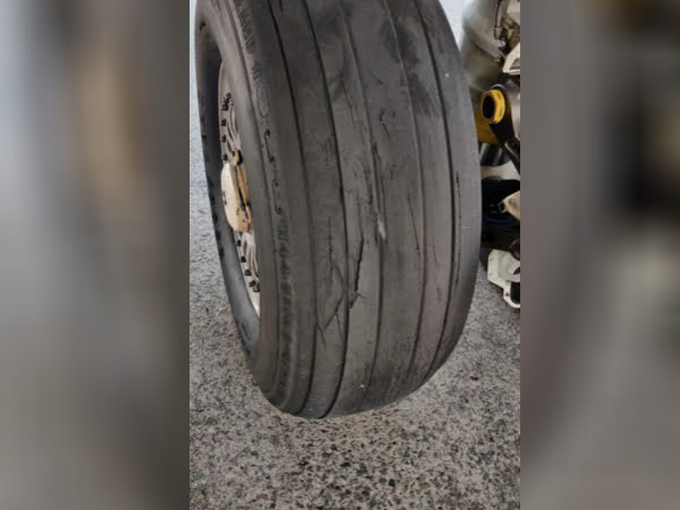 Image: The Times Of India

The return flight SG-961 was delayed as the passengers were told no captain was available for the flight and needed to be flown in from Delhi.