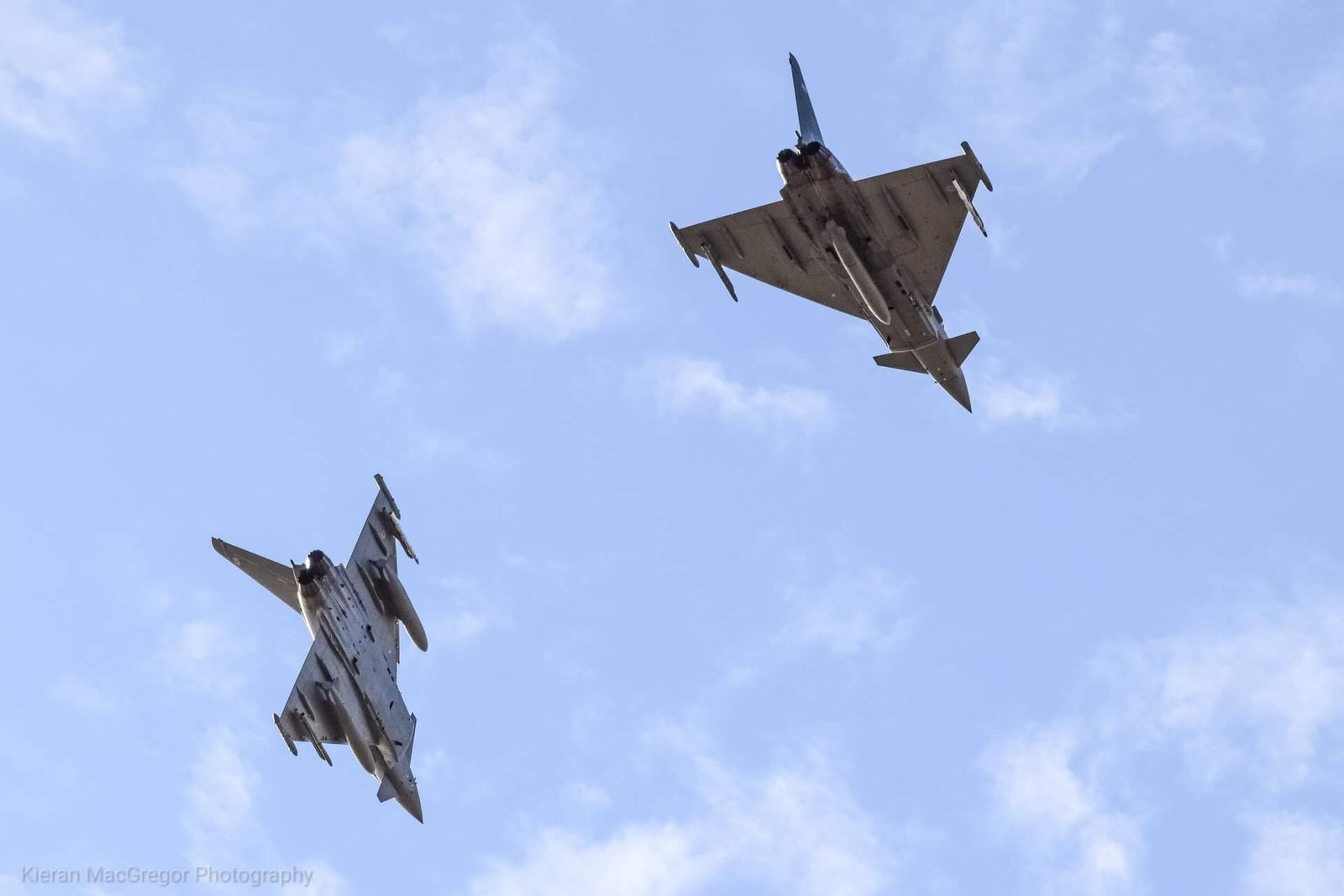 Yesterday afternoon two RAF Typhoons from Lossiemouth have been flying as part of Exercise Typhoon Warrior over the North Sea. This involves units from around the RAF, and is a large-scale exercise that is testing for those in the air and those on the ground.

As the Typhoons returned to Kinloss Barracks, weather conditions deteriorated and three pilots made the decision to divert to RAF Coningsby.

As the fighter jets were running low on fuel after a long sortie, they declared a PAN-PAN.

Typhoons pilots opted to squawk 7700 to expedite their transit and recovery into Royal Air Force Coningsby.

One additional Typhoon with more fuel remained in the area, but was still unable to land at Kinloss Barracks. This aircraft diverted to Stornoway instead.