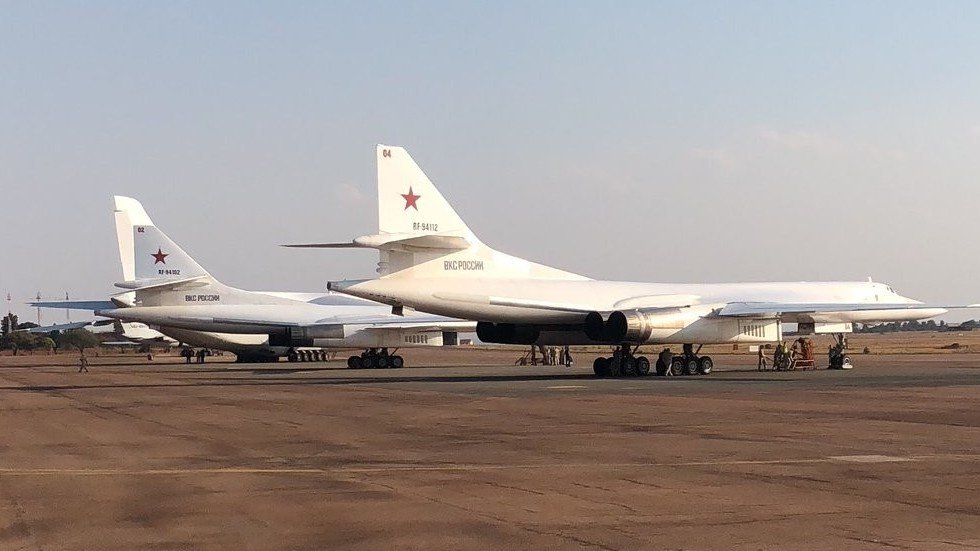 Arrival of TU-160's at AFB Waterkloof.

Two Russian Tu-160 strategic bombers and other military aircraft have touched down in South Africa. The planes covered over 11 thousand kilometers to get there, staying in the air for more than 13 hours.

The two Tupolev Tu-160 strategic bombers landed at Waterkloof air force base in Tshwane on Wednesday. Russian Il-62 and An-124 military transport planes have also touched down.

The planes covered over 11 thousand kilometers to reach South Africa, flying all the way from Russia without landing. The aircraft were refueled mid-air during the 13-hour flight.