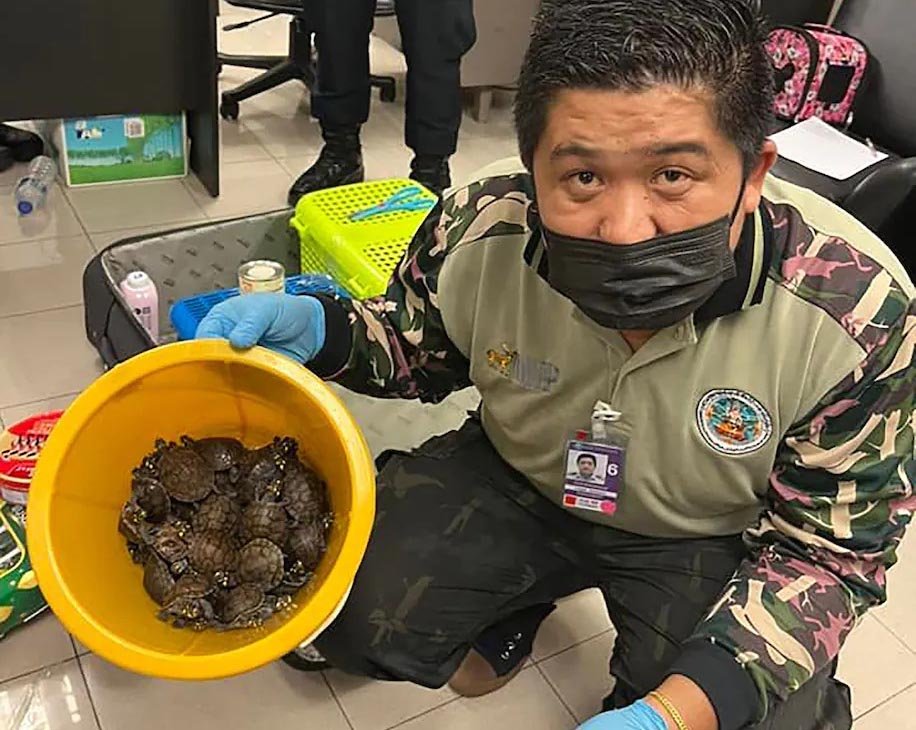 Two Indian women were arrested at a Bangkok airport after more than 100 live animals were found in their luggage, Thai officials said.

Officials detected suspicious objects in the women’s luggage during an X-ray scan at Suvarnabhumi International Airport, according to Thailand’s Department of National Parks, Wildlife and Plant Conservation. Authorities conducted a search and found 50 lizards, 35 turtles and two porcupines, among other animals. At least two of the animals are dead, and many were dehydrated.

Among the animals were the yellow-spotted river turtle, which is native to the Amazon and on an international vulnerable species list, and the Peter’s banded skink, which is sold as a pet in the United States.

Thai officials did not identify the two women. They were charged with violating Thailand’s customs and public health laws, as well as the Wildlife Preservation and Protection Act. The latter charge can lead to a prison sentence of up to 10 years, a maximum fine of about $28,500, or both.