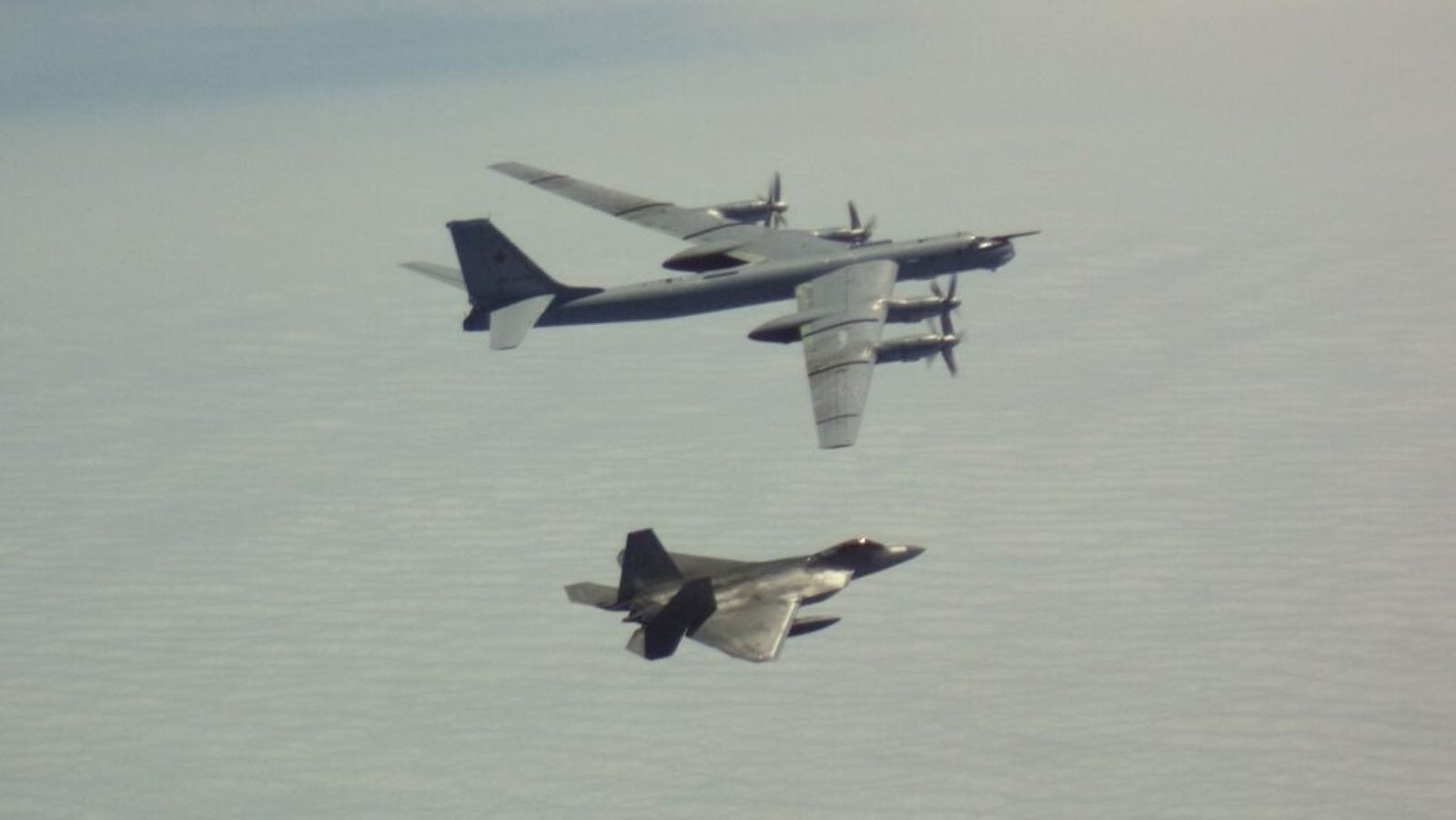 Russian nuclear-capable bombers were intercepted and escorted by U.S. fighter jets during a flight over neutral waters near Alaska.

The first Russian formation consisted of two Tu-95 bombers, accompanied by two Su-35 fighter jets and an A-50 airborne early warning and control aircraft, which came within 20 nautical miles of Alaskan shores, according to NORAD.

The second Russian formation consisted of two Tu-95 bombers supported by an A-50 and came within 32 nautical miles of Alaskan shores.

The Russian military aircraft remained in international airspace and at no time did they enter United States sovereign airspace.