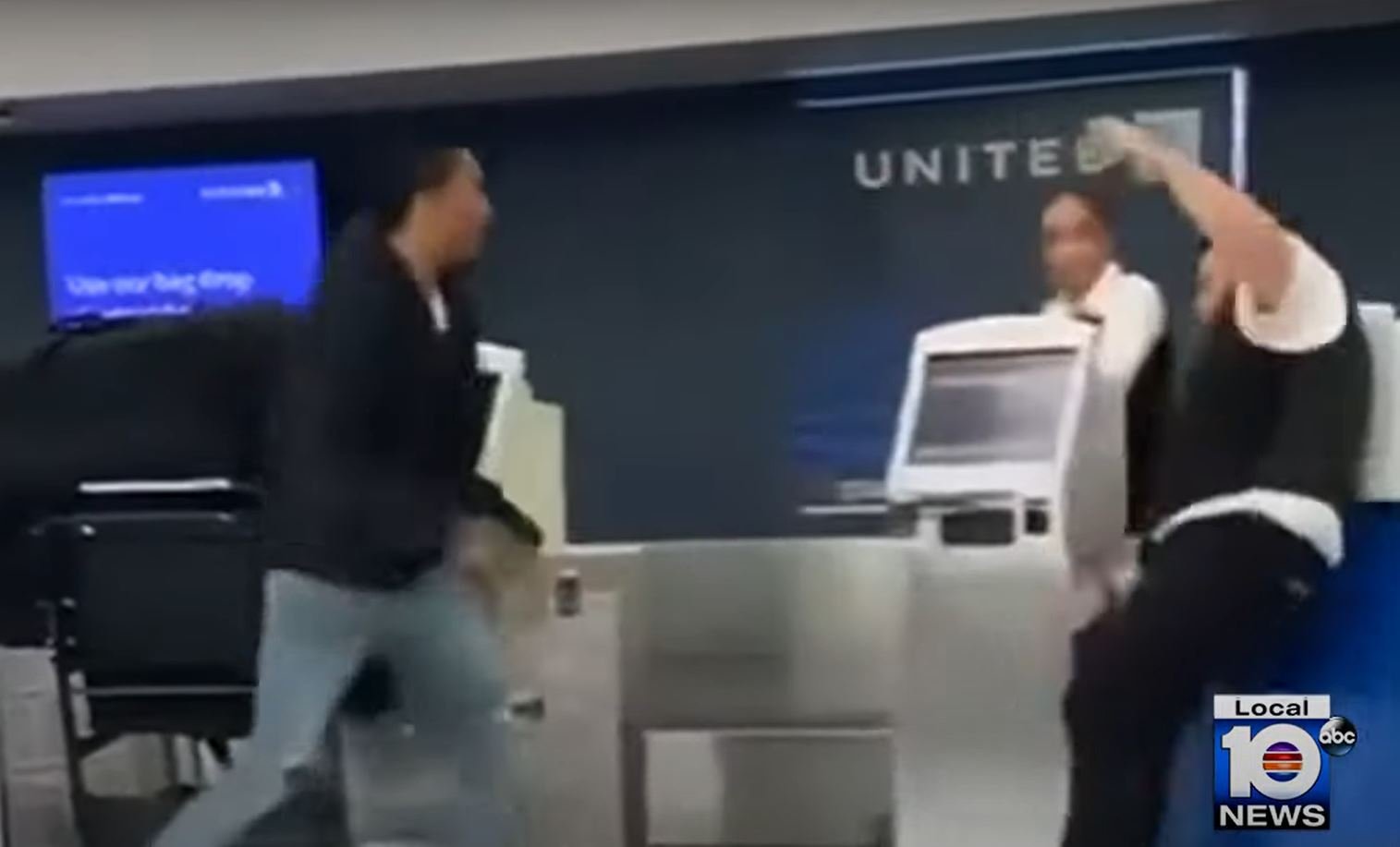 A worker for United Airlines was fired after getting into a bloody, caught-on-video fight with a traveler at Newark Airport.

A man in a black hooded sweatshirt and the worker — wearing a white shirt and black vest — were arguing when the worker hit the other man in the face, both videos show. The man in the hoodie retaliated, throwing multiple punches that sent the worker careening backward into a check-in table and then to the ground.

When the worker stood up, blood was smeared across the top of his face, both videos show. The two men continued to argue until other airport workers stepped in.

In a series of tweets on Monday, former NFL player Brendan Langley identified himself as the man in the hooded sweatshirt. He claimed the worker followed him and escalated the situation before people started recording the fight.

“Every angle shows me walking away from buddy, I had a whole a– flight that morning I did not want any smoke! He followed me all the way down to the kiosk just to cause me bodily harm. I’m honestly still shocked,” he tweeted. “[You] can clearly see soooo many @united employees watching everything unfold while I’m basically begging for help. Craziest part not one of them helped de-escalate the situation! It was like they wanted it to happen. Like I had a target on my back.”

Port Authority police took Langley into custody following the fight. He was charged with simple assault and released on his own recognizance.

The unidentified worker was an employee of United Ground Express, a subsidiary of United Airlines, according to a company spokesperson. He was not taken into custody following the fight, the spokesperson told PIX11 on Monday. The airline is cooperating with authorities in their investigation.

“United Airlines does not tolerate violence of any kind at our airports or onboard our planes and we are working with local authorities in their investigation of this matter. United Ground Express informed us that the employee has been terminated,” the United spokesperson said in an updated statement to PIX11 News on Tuesday.