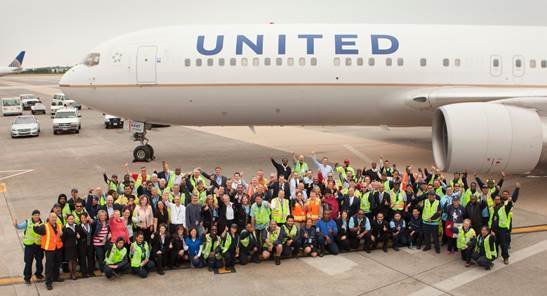 United Airlines is expecting to hire as many as 25,000 additional union employees by 2026 in a move to support its largest-ever single order for 270 Airbus and Boeing jets announced on Tuesday.

The Chicago-based carrier plans to add up to 500 new jets with all new interiors equipped with seatback screens and larger overhead bins in years to come.

“This is exactly what we planned for when we reached our industry-leading pandemic recovery agreement last year and kept United pilots on the property, trained and ready to take advantage of the rapid recovery in passenger demand.

“With the strength of our network, fleet, and pilot compensation, we are sure United will remain the destination of choice for the most highly qualified airline pilots.”

Besides Pilots and flight attendants, United will be hiring technicians, contact centres, ramp and customer service agents and dispatchers.