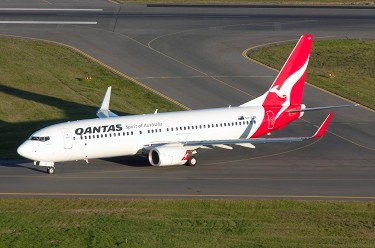 A Qantas jet was forced to abort its landing at Brisbane Airport today after a departing Virgin Australia plane had remained on the runway.

Airservices Australia had confirmed that the pilot of QF528 from Sydney were issued with instruction to perform a “go around” to prevent a collision in their landing attempt at Brisbane just after 1.30pm.

The instruction delayed the flight from Qantas by more than 20 minutes as it had circled the airport while waiting for clearance to try again to land.

A spokesperson from Airservices Australia had denied it was a near miss.

The spokesperson also said “We don’t allow them too close, there is a standard separation, so while it may look close to someone standing on the ground, but that is an optical illusion.”