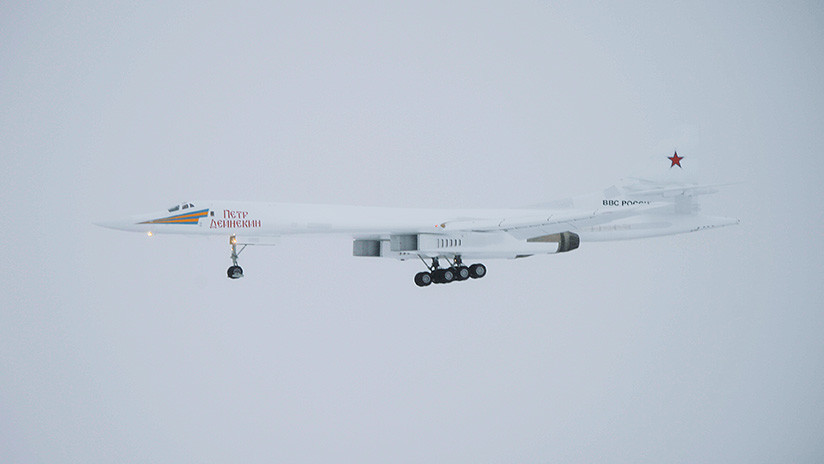 The flight was part of the trials of the aircraft, which lasted for about seven minutes and was witnessed by a delegation of senior Russian officials, headed by the president.

President Vladimir Putin has attended a test flight of Russia’s new Tu-160 strategic bomber, later suggesting that a civilian passenger version of the supersonic aircraft could be a viable commercial prospect.

It is the largest plane with a variable shape wing and one of the most powerful combat aircraft in the world. The decision to resume its production in Kazan was made in 2015.

The plane is capable of flying 12,000 kilometers without refueling. In combination with the Ilyushin-78 tanker plane, which performed its first flight on in Ulyanovsk on January 25, 2018 the Tupolev-160M will have round-the-globe capability.