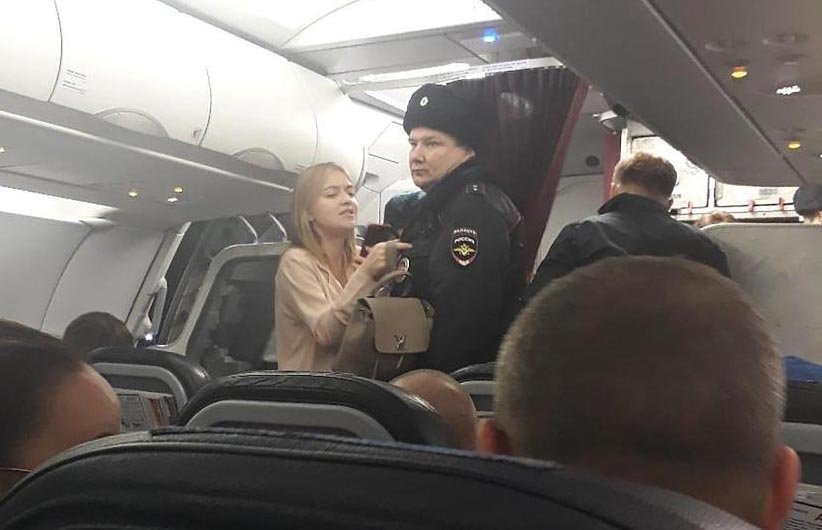 An airliner was forced to make an emergency landing in Russia today after passengers began complaining they were “suffocating”.

Panic swept through the cabin of the Ural Airlines flight from Moscow to Dubai about one hour 25 minutes into the journey.

One described it as “some kind of plague” and another claimed sickly passengers had “greatly dilated pupils”.

Fearing mass poisoning on board, the pilot decided to make an emergency landing in the southern Russian city of Volgograd.

Particularly affected were passengers between rows 21 and 26 in economy class.

A woman passenger said: “I was woken by a young woman screaming for assistance.”

Those with children moved them away from the rows blighted by the strange symptoms as people feared a infectious disease was sweeping through the plane.

Doctors and paramedics from five ambulances rushed on board the Airbus A321-211, videos show.

An airport official said that five people felt unwell from the mystery poisoning when the plane landed.

After treatment three decided to continue the flight but two refused and were admitted to hospital.