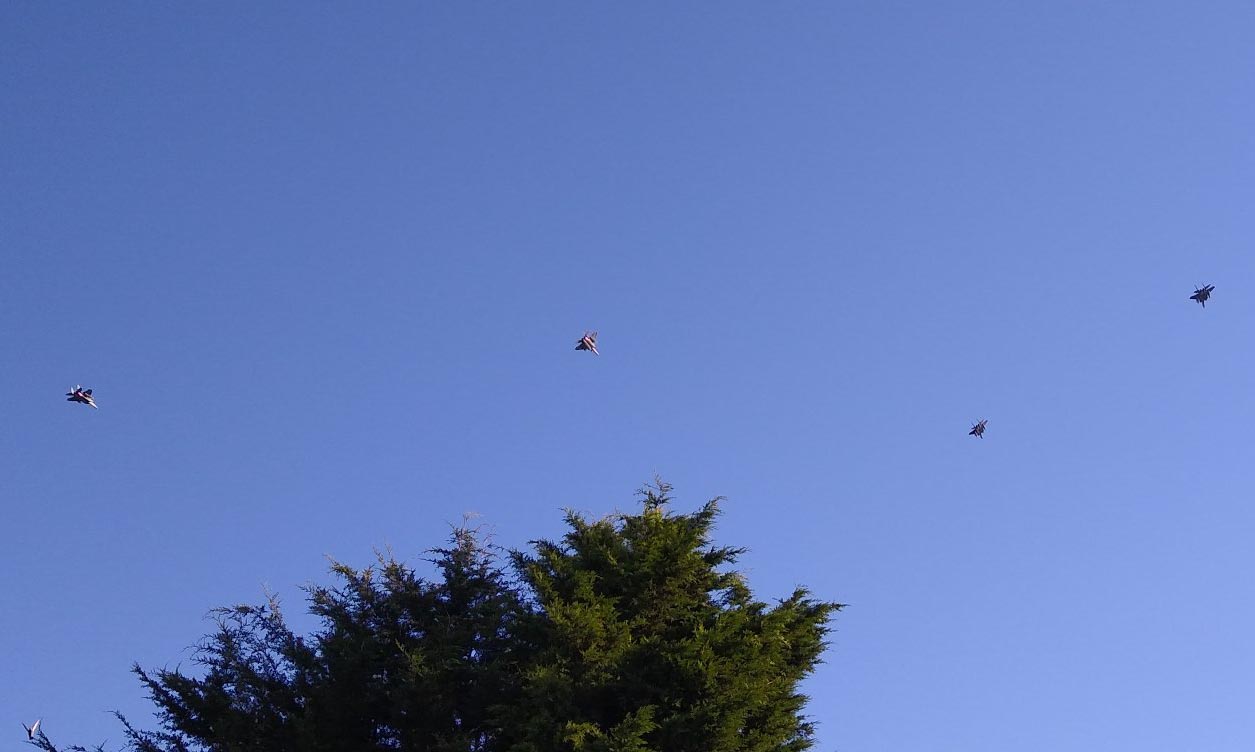 US Air Force F15 fighter jets were spotted in the sky over north London and Essex this morning and worried locals have taken to twitter to share their experiences of the ‘loud bang’.

The loud roaring noise had been heard by hundreds in Essex, locals have reported.

The sudden explosive sound was heard just before 9.30am. Twitter was awash with worried people who were shocked by the sudden sound.

The Ministry of Defence told the aircraft were American F15s on a scheduled path.

Four of them crossing between Romford and Brentwood pic.twitter.com/m2P7E8D2pm

They confirmed the jets were from RAF Lakenheath and set off from RAF Mildenhall at around 9am.

The MOD said the planes were “American F15s from the 4-92nd based at RAF Lakenheath booked into the Thames Valley Avoidance with a route entering near Brentwood”.

They added the jets were “heading towards Colchester before departing the Low Flying Area beyond Brentwood”.