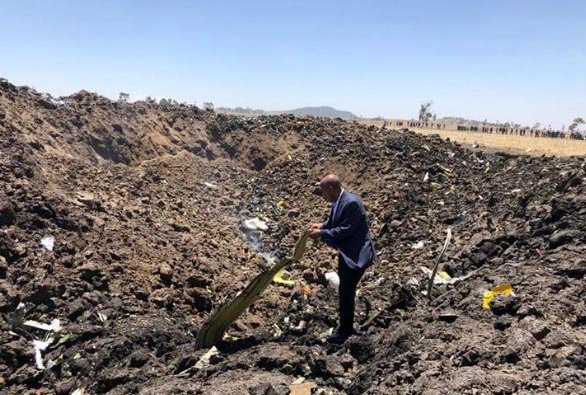 U.S. aviation officials believe a bird strike may have led to the deadly crash of an Ethiopian Airlines Boeing 737 Max in March, according to a person familiar with the matter.

Crash investigators have indicated that bad sensor data triggered an anti-stall system aboard the Ethiopian Airlines Boeing 737 Max that went down shortly after takeoff, a similar scenario to a crash of the same type of plane in Indonesia in October.

The system automatically pushes the nose of the plane down if it perceives the aircraft is in a stall, the normal way to recover from such a position. That can be catastrophic if the plane is not in a stall, however.

Pilots in the two crashes were battling the system, known as MCAS, that repeatedly pushed the nose of their planes downward.

U.S. aviation officials think a bird strike is the likely culprit in what led to erroneous sensor data fed to the anti-stall system in the Ethiopian crash, the person said. Ethiopian Airlines has said, however, that a preliminary crash investigation report showed “no evidence of any foreign object damage” such as a bird strike, to the sensor.