US bombers conducted drills off both coasts of Korean Peninsula 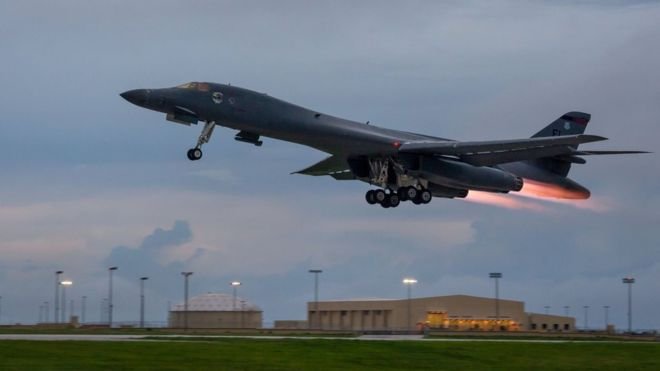 The US has conducted a joint military exercise with South Korea, flying two strategic bombers over the Korean peninsula.

Two bombers operating out of Andersen Air Force Base in Guam carried out the drills, US Pacific Air Forces said in a statement.

It said the US warplanes flew with F-15K from the South Korean air force and fighters from Japan Self-Defense Force in the first nighttime B-1 bomber exercise between the three allies.

It comes amid heightened tensions with North Korea over its nuclear programme.