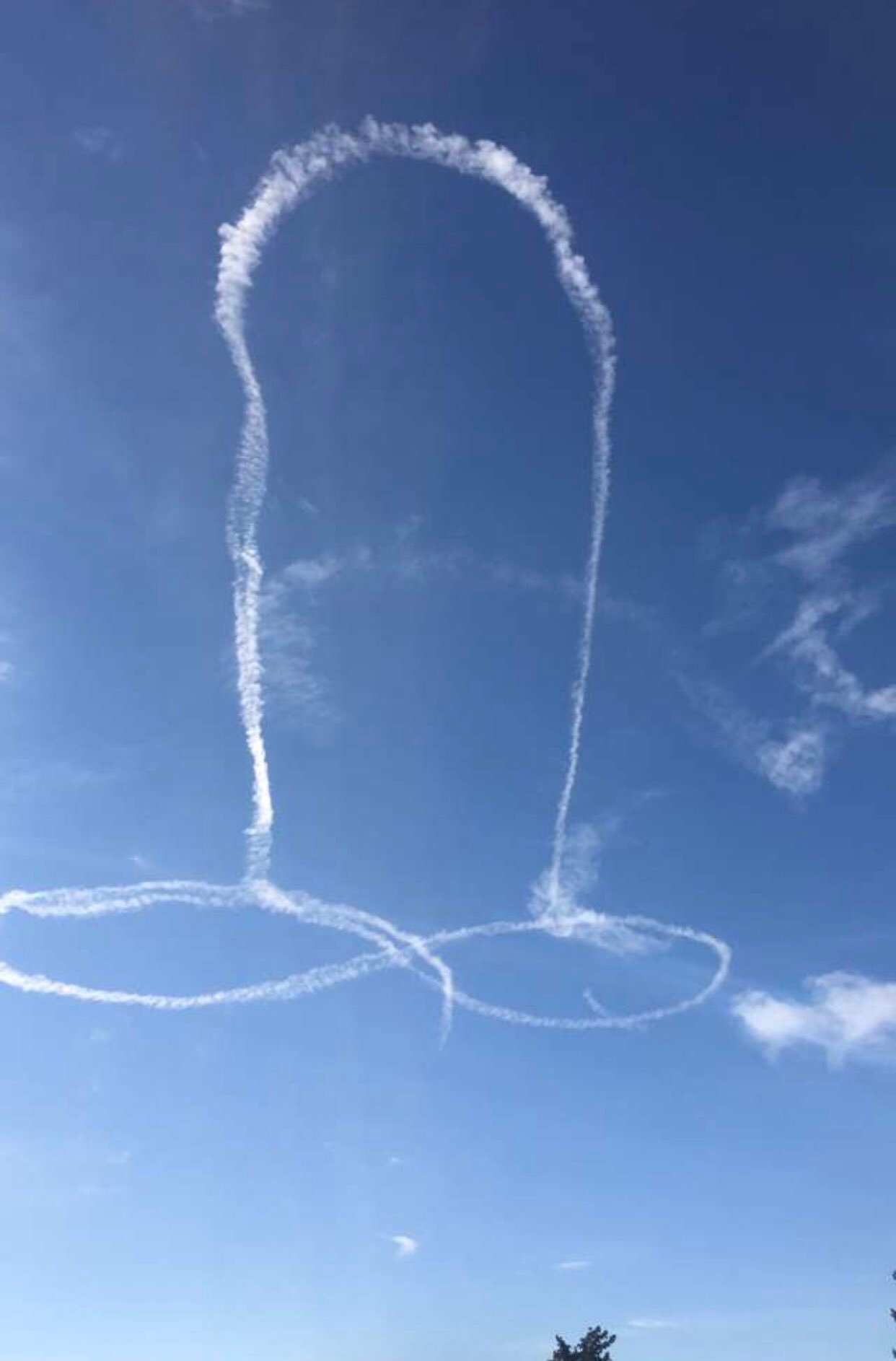 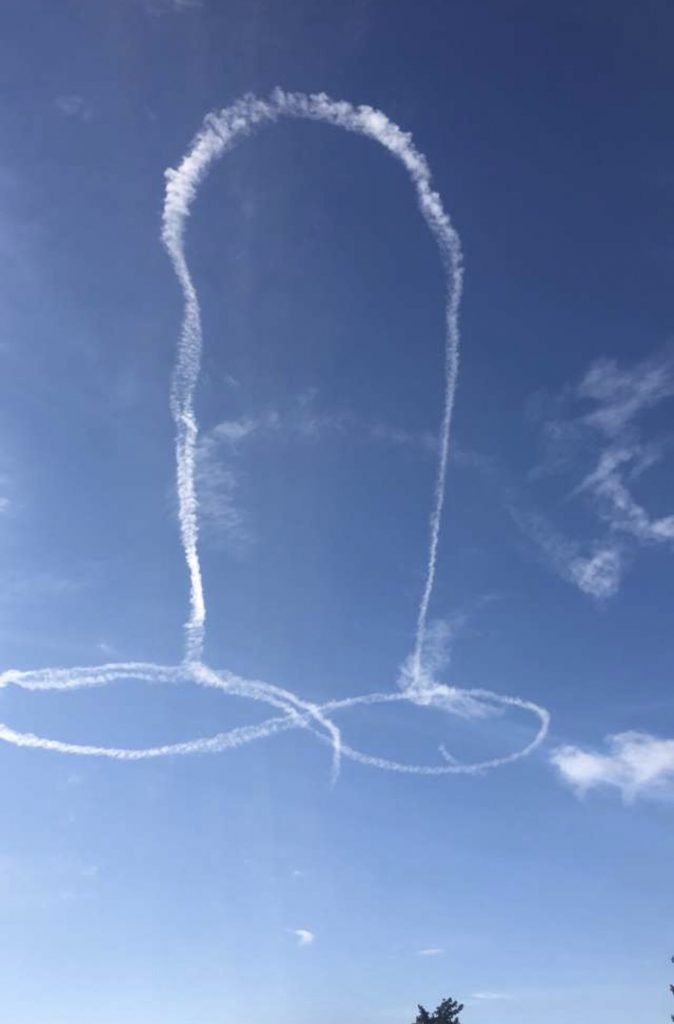 U.S. Navy officials in Washington state confirmed one of its aircraft was involved with skywriting a figure of a penis in the Western air.

Multiple people posted photos on social media showing what appears to be a male genitalia in the sky in north Washington.

In a statement, officials at Naval Air Station Whidbey Island said, “The Navy holds its aircrew to the highest standards and we find this absolutely unacceptable, of zero training value and we are holding the crew accountable.”

Federal Aviation Administration officials said unless the act poses a safety risk, there is nothing they can do about.