US troops landed in Poland on board a U.S. Air Force C-17 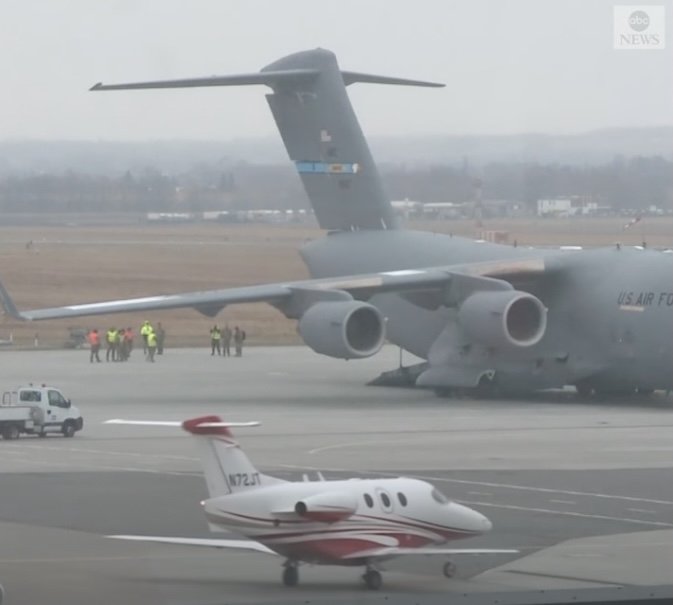 A plane carrying US troops landed in Poland on Sunday (Feb 6), a Reuters witness said, as Washington reinforces its NATO allies in Eastern Europe amid a Russian military build-up on Ukraine’s border.

The Pentagon said that around 1,700 service members, mainly from the 82nd Airborne Division, would deploy from Fort Bragg, North Carolina, to Poland.

Sunday’s arrival of the C17 aircraft followed a plane carrying the commanding general of the 82nd Airborne Division, US Army Major General Christopher Donahue, which landed on Saturday at Rzeszow-Jasionka airport, and a few planes with US military equipment and an “advance group”.

Polish Defence Minister Mariusz Blaszczak said minutes after the plane landed that this was the first group of American soldiers “from an elite unit”.