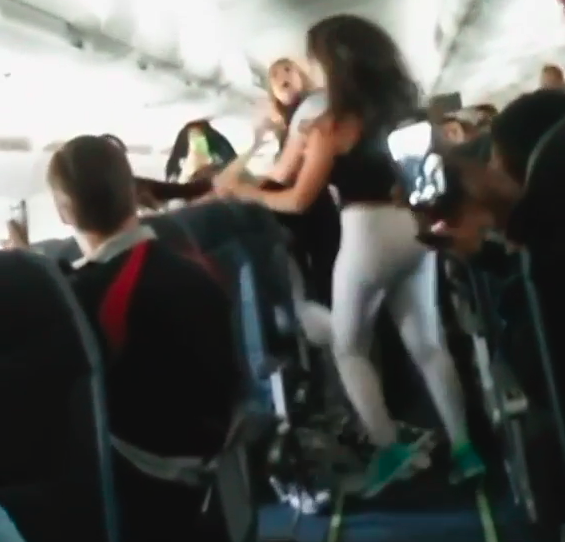 A brawl involving multiple passengers on a Spirit Airlines flight that had arrived at LAX from Baltimore on Wednesday was caught on camera by a passenger.

It all started, witnesses said, after the plane had landed and a few passengers were playing their music loudly. According to CBS Baltimore, five women were involved in the melee that began because the music was apparently being blasted on a boombox.

Other passengers asked them to turn the volume down. From there, tensions rose and the passengers came to blows.

Flight attendants and passengers were able to quickly diffuse the fight, witnesses said, and no one was seriously hurt.

Airport police and the FBI also arrived on the scene. No arrests were made but one person was cited.