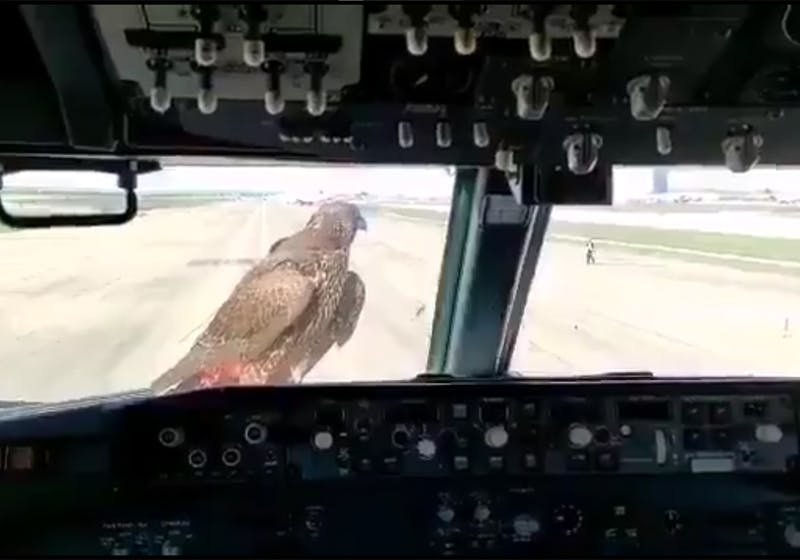 A Falcon was captured taking a break on the windshield wiper arm of a grounded Boeing 737 at Ciudad Real International Airport.

The ground engineers took the video during an engine run-up test to get the Boeing 737 out of storage and back into commercial service.

Ciudad Real International Airport is a private international airport, and the long-storage facility opened in 2009 in Spain. This airport which was mostly used for aircraft maintenance, hosted over 60 aircraft for temporary storage during the pandemic.

Falcons are used at major airports in Spain to keep the runway air space free of birds. The use of falcons in airports started back in April 1968. Falcons have been used at Madrid-Barajas Airport since 1970. Similarly, they were transferred to Barcelona-El Prat Airport in 1996.